Mexican filmmaker Alfonso Cuarón’s “Roma,” a darling of the 2019 award season with 10 Academy Award nominations and two wins in the Golden Globes, is an intimate story of Cuarón’s childhood told through the eyes of an indigenous woman who works as a nanny to a middle-class family in Mexico City. The family drama also provides a gripping glimpse of Mexican society at the cusp of great social change in the early 1970s, a time of migration, urbanization and cultural transformation.

“The movie is to a great extent a story about modernization,” said Claudio Lomnitz, professor of anthropology at the Department of Latin American and Iberian Cultures at Columbia University. “We see two rural girls come from Oaxaca who have moved to the city. They are indigenous and they speak Mixtec, but they also speak Spanish, they go to the movies, they have sex.”

Almost 50 years have passed from the time in which the movie is set. How does today’s Mexico compare with the Mexico of Cuarón’s childhood with regard to the more disturbing social issues it portrays, like violence and social inequality? NBC spoke to four researchers on Mexico from the fields of history, sociology and anthropology.

More Violence After the Drug War Begins
“Mexico is a country that hurts,” said María Amalia Gracia, sociologist at the Department of Society and Culture of Colegio de la Frontera del Sur, a research center located on the southern border of Mexico. For Gracia, violence in Mexico today has reached unimaginable levels. “It is surprising that people can continue to live in those conditions,” she said. 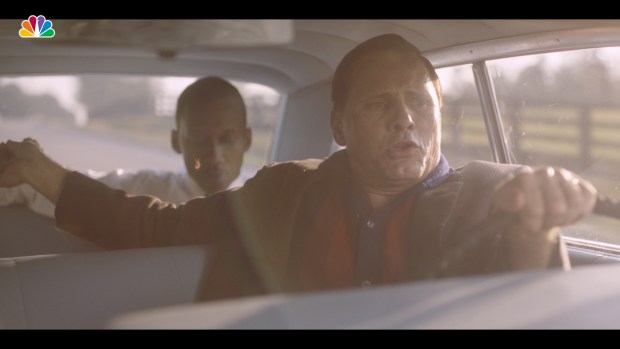 The Corpus Christi Massacre of 1971 is the backdrop to a frightening scene in “Roma,” the moment when the film’s pregnant protagonist, Cleo, discovers that the father of her child is part of a government paramilitary group.

The massacre and the paramilitaries in the film represented the dominant form of violence of the day: centrally directed repressive violence, known as “The Dirty War” that took place under the orders of the presidency and the Ministry of Interior. It was a war that the country’s authoritarian one-party regime was fighting, indiscriminately, against two enemies: a growing urban middle class demanding democratization, and a left-wing student movement featuring guerrilla groups, Lomnitz said.

“Mexico is a much freer country today, but it is also a much more violent country,” Lomnitz said. The new violence is “less heroic, less easy to romanticize.”

It is no longer about struggles for justice or freedom, against a repressive society and regime. The now prevalent drug-related spike in violence has its roots in 2006, the year Mexico’s Drug War formally began.

Between the early 1970s and the eve of the Drug War, violence in Mexico had decreased significantly, Lomnitz said. In 2007, homicide rates (9.3 per 100,000 people) were not much higher than in the United States (5.7 per 100,000). But by 2018, they reached 25 per 100,000. At the beginning of the Drug War, the government’s official take was that the death toll was to a large extent, a result of organizations killing each other off in turf wars. But recent studies by Mexico’s Center for Research and Teaching in Economics (CIDE) suggest that Mexico’s military and federal police have executed a substantial proportion of the 150,000 Drug War-related killings.

“Much of the violence today also comes from local governments, which are often in the control of criminal organizations,” Lomnitz said. The Iguala Massacre of 2014, where 43 students from a rural teachers’ college were taken and disappeared, is an example of this new type of violence, as is the fact that during the 2018 federal elections, more than 100 local candidates were assassinated.

“The closing of the U.S.-Mexican border is an untold part of this story,” Lomnitz said. As moving across the border became more difficult in the 1990s, the firepower and discipline of organized crime trafficking with Colombian cocaine grew. It triggered an increase in the concentration of criminal money, wealth and violence. More recently, powerful Chinese criminal organizations have partnered with Mexican ones to produce methamphetamine in Mexico, destined for the North American market. This development is furthering the concentration of violent criminal power.

Tensions Over Land Dampened by Modernization
Conflicts over land come up various times in “Roma.” The government takes away land belonging to Cleo’s mother. A man sitting in a bar has lost a family member due to a land dispute. A family of landowners exhibits on its farmhouse wall, the stuffed head of a pet dog that had been poisoned during another land dispute. And the New Year’s party being held by that same family is eerily interrupted by arson in the surrounding woods.

“Low-scale agrarian violence is very old in Mexico,” Lomnitz said, adding that it goes back to colonial times. And after the land reforms of the 1920s and 1930s, when the countryside was made up of small scale farmers, conflicts sprung up between towns, between smallholders, and between smallholders and larger landowners.

Conflict over land began to recede in the 1980s due to an increasing migration to the city, which led to fewer land disputes in the countryside. “Roma” shows the beginning of this migration. Cleo visits, in search of her baby’s father, a shantytown located just outside of Mexico City limits that was beginning to be occupied by squatters, migrants from the countryside. Today, this place, known as Ciudad Nezahualcóyotl with a population of 1.1 million, is the 10th largest city in Mexico.

A Continuing Racial Divide
Yalitza Aparicio, the first indigenous woman to be Oscar-nominated for best leading actress, plays Cleo, the servant of a white family. She is treated with affection and care, but the difference in social status is enforced at all times, in both explicit and subtle ways. For example, while cuddling with the family in front of the TV, she is abruptly ordered to fetch tea for “the doctor.”

“She is very lucky,” said Kevin Terraciano, professor of history and director of the Latin American Institute at UCLA. Indigenous servant women are not always treated well.

Nobel Peace Prize winner Rigoberta Menchú has spoken of how vulnerable she felt living with a family as a young woman. Sexual advances and mistreatment is an underlying possibility.

“Since that decade, there has been increased awareness of the problems faced by domestic workers,” Gracia said, “but racism and behaviors underscoring inequality continue to exist. Results of our most recent research on domestic workers are eloquent on the problems of discrimination and abuse.”

Some progress has been made at the legislative level in recognizing the rights of the indigenous population. Laws protecting the right to their languages and culture, and to self-empowerment have been enacted since the turn of the century. A rebellion of indigenous people in the 1990s, known as the Zapatista rebellion, in which paramilitary death squads massacred indigenous people, marked the beginning of increased awareness. Since then, indigenous communities have also made progress in “the creation of autonomous communities, which give them more direct representation over their land and resources,” Terraciano said. But it is still common to see indigenous women working as servants. And the indigenous populations remain extremely poor.

“Here in Mexico being indigenous gives you a particular social status. There is a marginalization, a social discrimination that we Mexicans know by the social norms and social codes with which we are educated,” said Jesus Ruvalcaba, a researcher at the Center for Research and Higher Studies in Social Anthropology (CIESAS) in Mexico City. “There has been some progress, but not much.”

Being “indio” in Mexico continues to be a stigma. And the indigenous people feel it and know it, Terraciano said. “After independence from Spain, the leaders of the new nation saw these traditional cultures as obstacles.” Since then, governments have used laws and force to dissolve native communities and mainstream indigenous peoples. “Today, leaders continue to speak of the ‘Indian problem.'”

‘Titanic’ ‘Might Have Been a Fluke’ – NBC Los Angeles