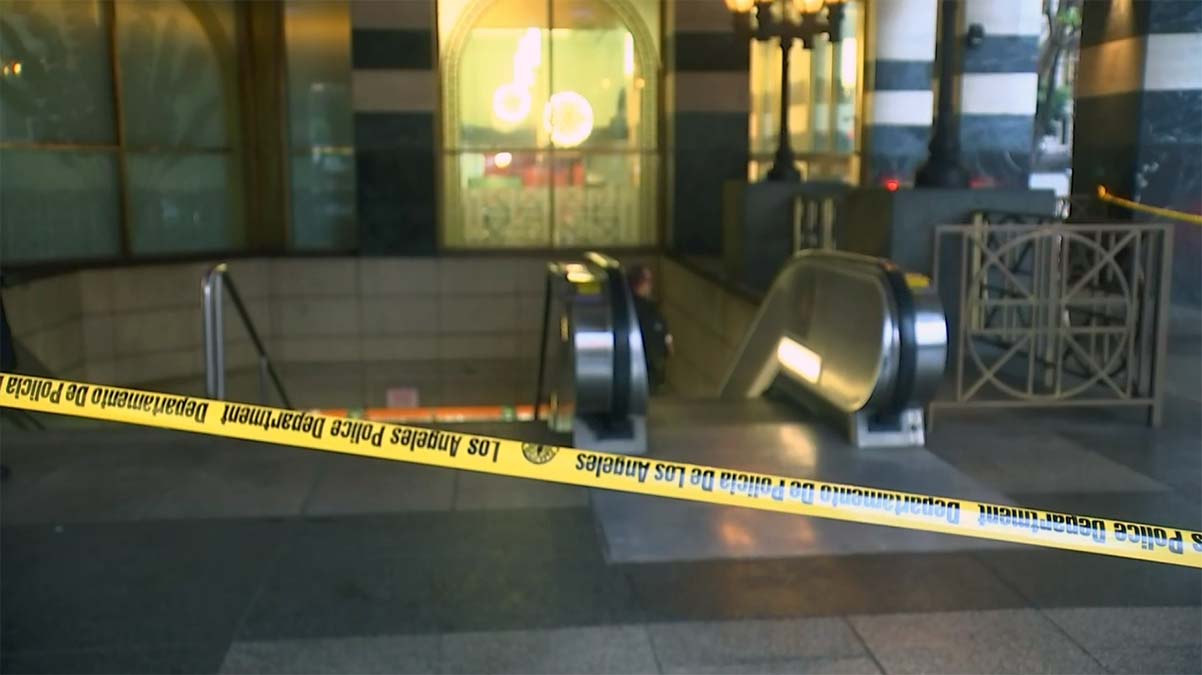 One person has died in a police shooting early Thursday on a subway platform in downtown Los Angeles.

Details about the deceased person were not immediately available. Law enforcement sources told NBC News that the person was armed with a knife.

No officers were injured.

The shooting was reported at about 7 a.m. at the 7th Street/Metro Center Station. The 7th and Figueroa streets portal was closed for the investigation.

Officers responded to the platform after getting a call from officers with the Metropolitan Transportation Authority about a man with a knife, LAPD Officer Drake Madison said. He said the LAPD officers at first used a less-than-lethal option, though he didn’t know whether that was a rubber bullet, a stun gun or another device.

“They attempted to deescalate, it didn’t work and unfortunately an officer-involved shooting occurred,” Madison said.

The man died at the scene.

A knife was recovered at the scene.

“That’s the first thing we were thinking of,” Madison said of the officers’ mindset during the confrontation. “On a work day at 6:52 a.m., it’s going to be pretty busy down there.”

Metro spokesman Rick Jager said he also didn’t know exactly how many commuters were in the area, but said “it’s very fortunate there were no other injuries involved.”

He said he didn’t know whether the man had been threatening passengers before Metro officers called police, but did say the officers had an altercation with him.

The last known officer-involved shooting at a Metro station was in March 2017, when LAPD officers who heard gunshots at a station in Boyle Heights outside of downtown. Police fatally shot Fred Barragan after they said he pulled a gun as he ran from officers, while his family maintained he had been unarmed. The shooting sparked protests and led to a $475,000 settlement for Barragan’s family.

In October 2016, a Los Angeles County sheriff’s deputy shot a man who had a knife in each hand and had charged at officers, police said at the time. The man survived and he was charged with attempted murder.