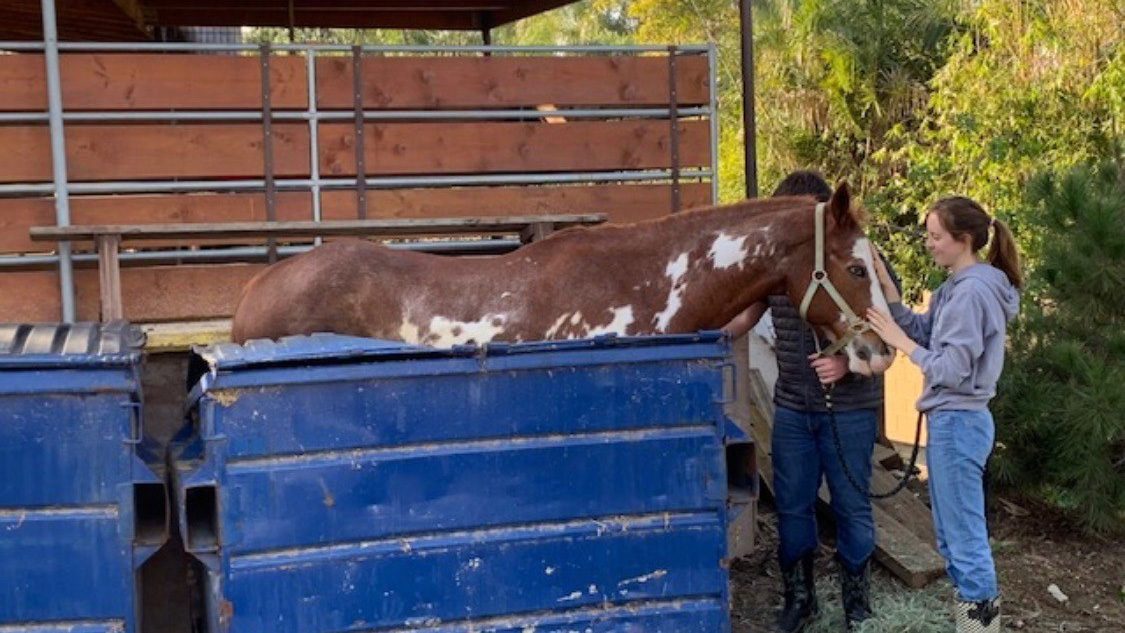 After a horse became trapped in a dumpster in Orange County, California for hours, firefighters successfully hoisted the animal to safety Friday afternoon.

The call came into crews at 2:30 p.m. of a trapped horse at the Golden West Stables, Huntington Beach Fire Department said.

“I was actually in my horse’s stall getting ready and then I heard my mother say, ‘there’s a horse in the dumpster!’ And my heart stopped,” said Brooke Winger, who owns a horse named Abby at the center.

Winger said the horse who became trapped was being led to the lower arena area when the horse started running.

The horse essentially got loose and stepped on the lid of the dumpster thinking it was a flat surface.

The horse plunged into the dumpster, with one leg hanging out.

After about two and a half hours of Winger and the horse’s owner keeping it calm, the animal was hoisted to safety by fire crews.

A veterinarian checked the horse, but it appeared to have minor scratches and would be just fine, Winger said.

‘Fosse/Verdon’ Fashion on View at the Paley Center