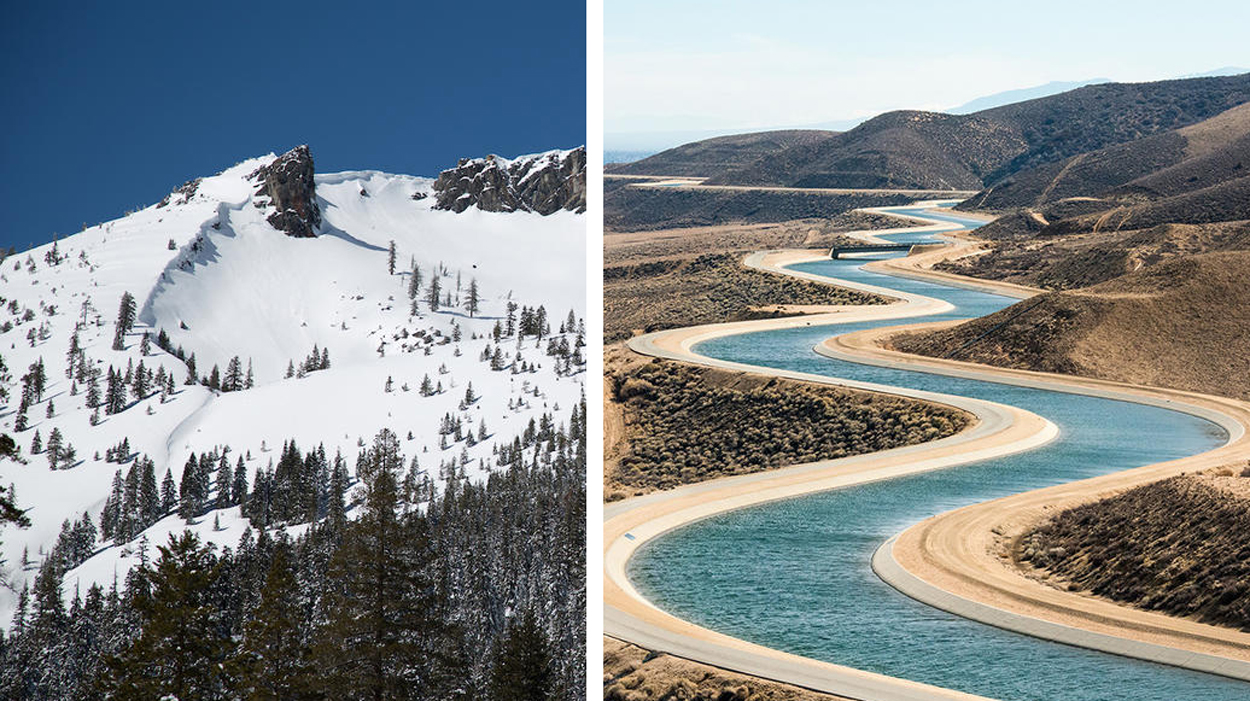 If temperatures are cold enough, the Sierra Nevada Mountains act as a giant natural reservoir that stores snow until it melts in spring and runs down the mountains in rivers and streams. That water is collected in the State Water Project, a storage and delivery system of reservoirs, aqueducts and power plants. Its backbone is the 444-mile long California Aqueduct — canals, tunnels and pipelines that direct water from the base of the Sierra Nevada Mountains and valleys of Northern and Central California to Southern California. The water is used by residents in Los Angeles and other large cities, but also for irrigation in the San Joaquin Valley and other agricultural regions along the way.
Drivers along the 5 Freeway likely have seen segments of the Aqueduct north of Los Angeles, and the images below show more parts of the engineering marvel that provides an aquatic lifeline for California.

MLB Rank: Biggest surprises, other reaction to our top 100

4 to Watch: Second Person Passed Through LAX With Measles