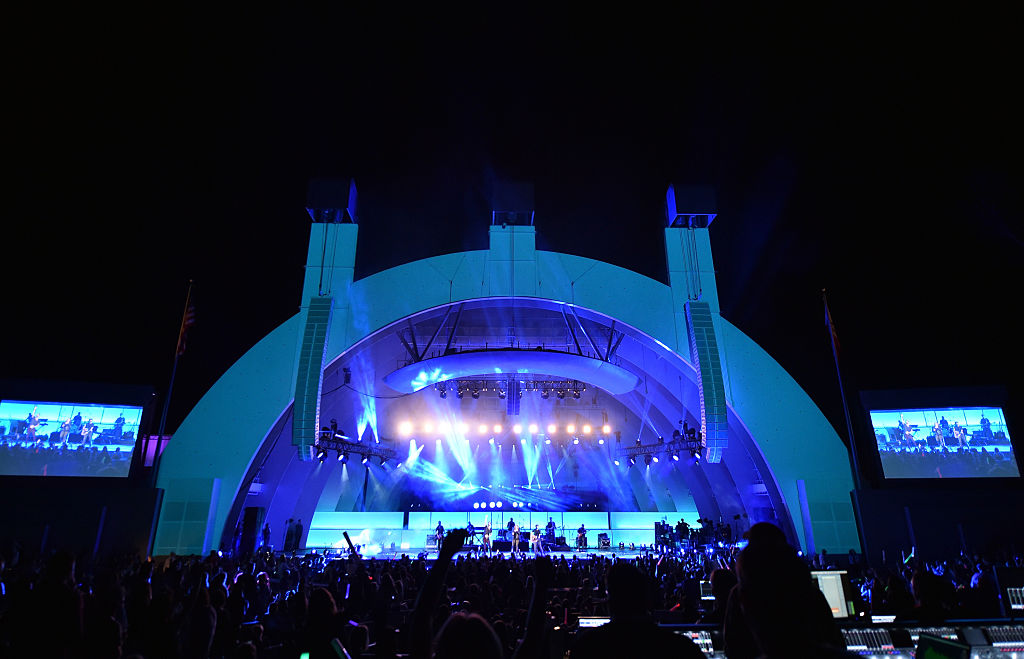 Your galoshes may be soaked, and your umbrella’s now inside out, and every scarf you own has been thoroughly doused by raindrops.

But there’s a sunbeam peeking through those clouds, and it carries a message of sweet summertime, of longer days and outdoor events and toastier temperatures.

For not only did the first Tuesday of frosty February deliver the LA County Fair’s charming 2019 theme, but the Hollywood Bowl released its summer 2019 schedule, too.

It’s like warmest stretch of the year is almost here.

“Almost,” we said. If only our inside-out umbrella didn’t tell us otherwise.

What amazing artists can fans expect to see under the iconic shell this summer?

John Legend will be centerstage on opening night, while other stars will soon follow over the evenings to follow, including Leon Bridges, Chrissie Hynde, Cyndi Lauper, The Gipsy Kings, Buddy Guy, Pink Martini, Barry Manilow, and Gladys Knight.

Fireworks Finales, too, will pop up throughout the summer, depending on the show.

And special events like “Jurassic Park” in concert and a celeb-packed “Into the Woods” also made the hard-to-decide, pick-’em-all roster.

Decide you must, if you’d like to catch a show or two, for seats can and do fill up, especially on the early side. Which is all leading to this: Series subscriptions are now available for purchase, if you want to lock into a number of shows at once.

Prefer to go the pick/choose route?

The ever-beloved 5 or More Deal is available as of March 12, and, yep, you’ll snag a sixth concert, for free, with a few asterisks.

As for that individual ticket? As is tradition, those will go on sale in May, with the exact date still hovering in the TBD realm.

Pageant of the Masters Seats Go for a Lucky $17