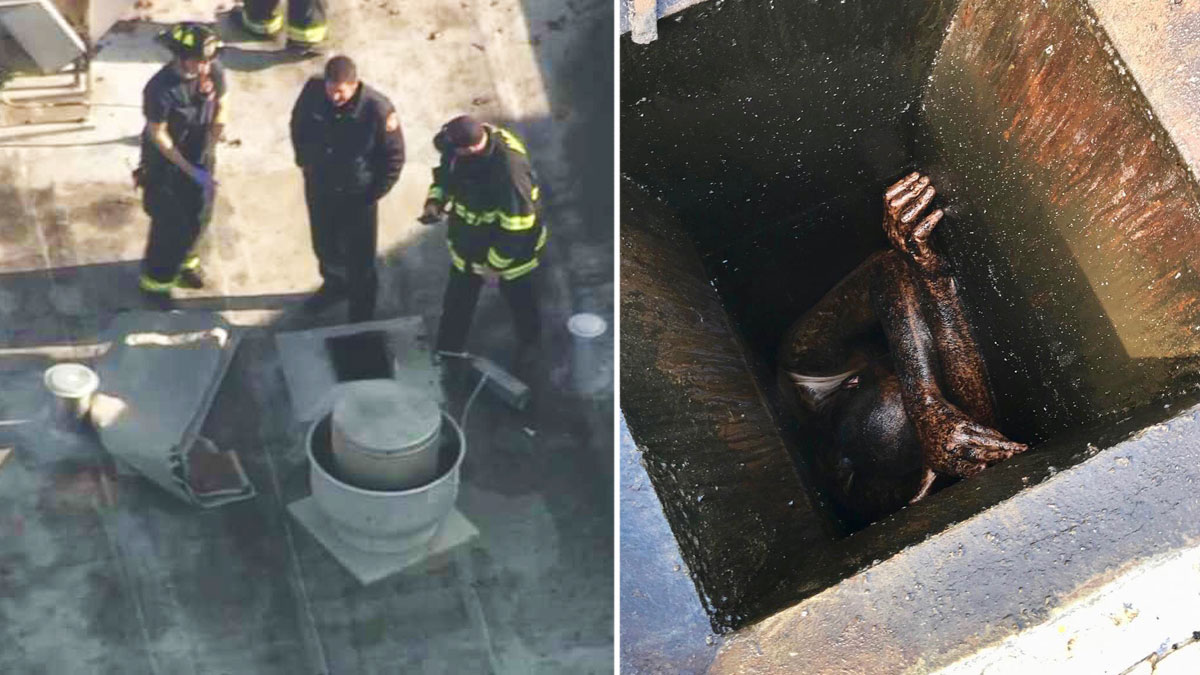 First responders on Wednesday rescued a trespasser — possibly a burglar — who was reportedly trapped for about two days in a grimy vent at a vacant Chinese food restaurant in San Lorenzo, according to officials.

The 29-year-old man, seen caked in grease as he was stuck in the narrow passageway, was taken into custody after being freed from the vent, officials said.

“It is likely he wound not have survived another day given the circumstances,” the Alameda County Sheriff’s Office wrote on Facebook.

Fire and sheriff’s department units responded around 9:30 a.m. to the 700 block of Bockman Road after receiving word that someone was making faint calls for help from the restaurant, officials said.

As firefighters arrived at the scene, they heard someone moaning from inside the vacant building. They eventually found the man who told them he had been stuck in the duct system above the stove for about two days.

Crews managed to free him in about 30 minutes, according to officials. The man did not suffer any serious injuries, but he was said to be suffering from fatigue, body cramps and pain in his extremities.

He was taken to a local hospital for treatment, according to the sheriff’s office. He is expected to make a full recovery.

“At this time, we are conducting a trespassing and vandalism investigation,” the sheriff’s office said in a statement. “It is unknown if the suspect intended to commit a burglary.”