Two police officers were wounded in an officer-involved shooting in Inglewood on Wednesday, authorities said.

The shooting took place inside the Church of Scientology in the 300 block of S. Market Street, Inglewood police said.

Police responded to a report of a man entering the Church of Scientology carrying a sword, and the man was shot in the exchange of fire, the Inglewood Police Department said.

It was not immediately clear if the man with the sword also had a gun. 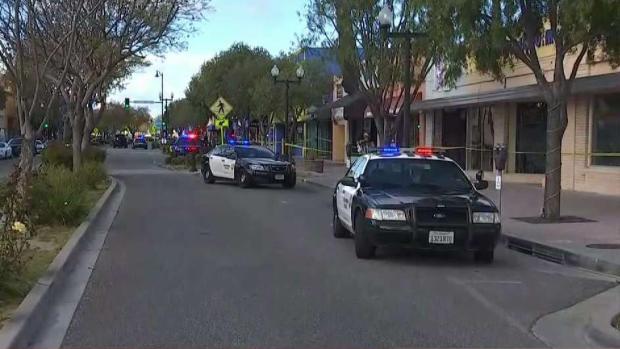 The sword-wielding man, who arrived at the location in a white Bentley, was taken to the hospital in grave condition after being shot in the head and died a short time later, police said.

One officer has been with the department for 10 years and the other for four years and both were taken to a hospital in Westwood, Inglewood police said.

The Church of Scientology released a statement thanking the Inglewood Police Department for its “rapid response in protecting our parishioners and staff members.”

The church said it offered its full support to the authorities investigating the incident.