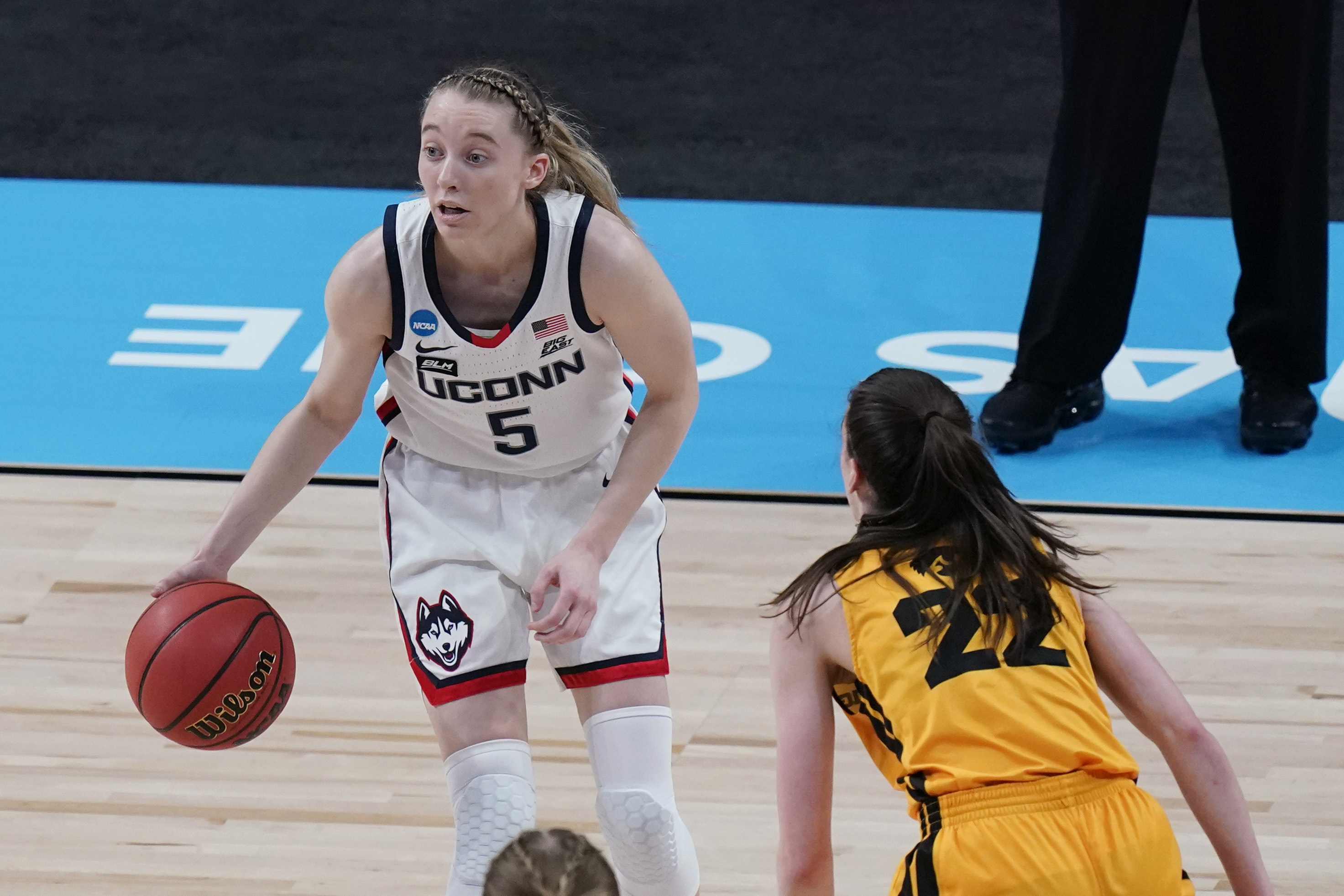 Christyn Williams scored 27 points and Paige Bueckers added 18 to lead No. 1 UConn to a 92-72 win over fifth-seeded Iowa on Saturday in the Sweet 16 of the women’s NCAA Tournament.

The game featured a matchup of two extremely talented freshmen in Bueckers and Iowa’s Caitlyn Clark. The friends had taken the women’s basketball world by storm this season.

Bueckers became the third freshman to earn All-America honors. Clark led the nation in scoring and came into the regional semifinals averaging 29 points in the tournament.

Bueckers also had nine rebounds and eight assists for UConn, which raised its record to 27-1. She had a lot more help from her teammates as Evina Westbrook just missed the 18th triple-double in NCAA women’s tournament history, with 17 points, nine rebounds and 10 assists. Aliyyah Edwards added 18 points.

Clark, shadowed on defense Williams on almost every possession, finished with 21 points below her nearly 27-point a game average. She was just 7-for-21 from the field.

The game marked the return of UConn coach Geno Auriemma, who missed the opening two rounds because he was recovering from the coronavirus. Auriemma arrived in San Antonio on Wednesday.

Associate head coach Chris Dailey, who guided the team through the opening two wins, moved back to her customary seat at his side where she’s been for their entire time at UConn.

Williams missed five of her first seven shots before getting going on offense. She made six straight, including six in a row in the second quarter, to give UConn a 49-35 halftime lead. The junior wing had 14 points in the period.

“I started off a little rough, but I just kept shooting and they started falling,” Williams said.

Iowa (20-10), behind Clark, was able to get within nine twice in the fourth quarter but Bueckers answered with a 3-pointer each time and Iowa could get no closer.

UConn, which was playing in its 27th straight Sweet 16, faces the winner of Michigan and Baylor on Monday night in the River Walk regional final.

For the first time in the tournament, the general public was allowed to attend.

Each game was allowed to have 17% of capacity which was around 4,800 fans. In the previous two rounds, teams were given six tickets per person in the travel party.

UConn freshman guard Nika Muhl missed her second straight game while recovering from a sprained right ankle she injured in the opening round win over High Point. She was averaging 5.0 points, 2.7 assists, 2.4 rebounds and 1.8 steals.

Super Bowl LIII: These Prop Bets For the Big Game Will Make You Laugh and Pad Your Pockets

There Is Still Madness in the NCAAs, It’s Just a Bit Quieter – NBC Los Angeles