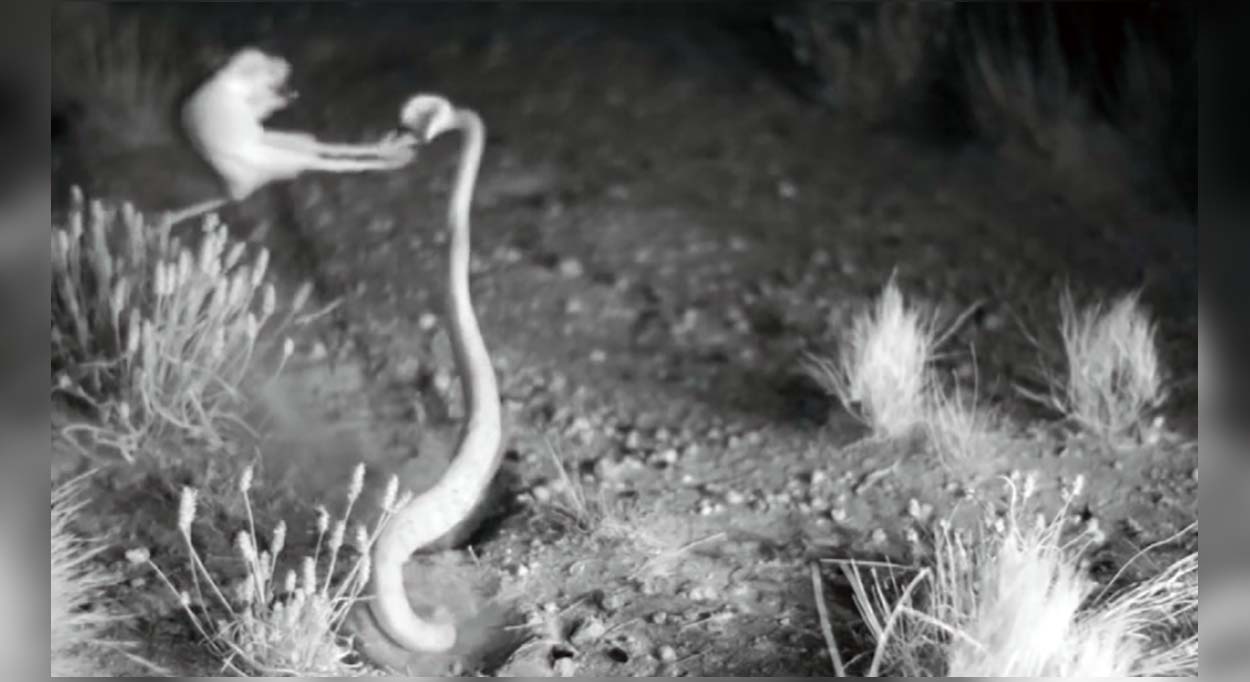 But high-speed video from researchers in Southern California reveals the little desert rodent’s surprising arsenal of defensive moves, sharp reflexes and a stunning combination of strength and agility. Unable to jump clear of the snake’s ambush strike, the kangaroo rat unleashes Plan B — a twisting leg kick that knocks the snake to the ground, leaving it with a mouthful of dust and dirt instead of dinner.

Hair-trigger reflexes and superior athleticism are only part of the equation. Researchers also noted that kangaroo rats have senstive hearing, which means they can pick up the low frequency sounds to foil ambushes. Their large hindlimb muscles and robust tendons allow them to jump so well.

Yikes! Skunk Gets Head Stuck in Bud Light Can