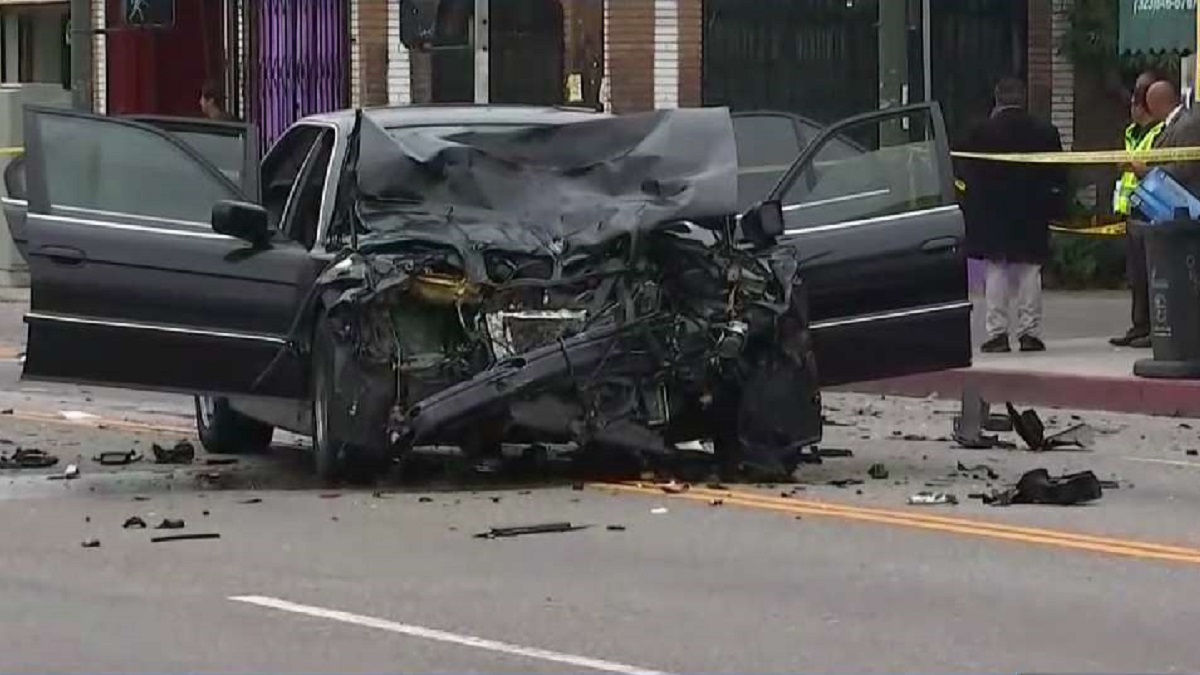 The voice of a family grieving the deaths of two sisters struck and killed by a vehicle has now himself narrowly escaped death when his SUV was struck Monday by a sedan allegedly fleeing from police.

Two months after the deaths of his nieces as they were walking to school, Antonio Lorenzo was just a block from his home, waiting to turn left, when he was rear-ended by a speeding BMW sedan suspected of having been stolen.

“Thank God the kids were not in the car,” said Lorenzo, the married father of a young son and daughter.

Lorenzo said he does not recall the impact, and when he came to, he was aware someone was tapping on his window, hoping to get him to respond. All the airbags had deployed. He had just dropped his wife off at work, so he called his sister. When she arrived, she was frightened by the extensive damage to both vehicles.

“It was just something we did not expect to go through this again,” said Paolina Lorenzo Gonzalez. “This is too much.”

On April 4, their nieces, 12-year-old Amy and 14-year-old Marlena, were walking to Clinton middle school, crossing Broadway at 37th street with the light when they we struck by a big rig making a right turn. Investigators concluded the driver was distracted and had not seen the girls; Stanley Bernard Randle, 31, faces charges  of misdemeanor vehicular manslaughter.

With Lorenzo’s sister-in-law Angelica and brother Francisco overcome with grief, Antonio Lorenzo became the voice of the family, speaking out publicly of their loss.

“It still hurts, you know,” he said Monday, referring not to the bruising of his own body, but to the loss of his nieces. “And I go through this.”

Antonio Lorenzo was transported to California Hospital, where doctors determined he remarkably had escaped serious injury and allowed him to go home to recover, albeit in considerable pain.

Antonio Lorenzo has a large extended family living in close proximity in South LA. His parents and five of his siblings–including Francisco and his wife–stayed with Antonio offering encourangement.

“It’s good we’re united as a family,” said Lorenzo. “Otherwise, it would be difficult to get through this.”