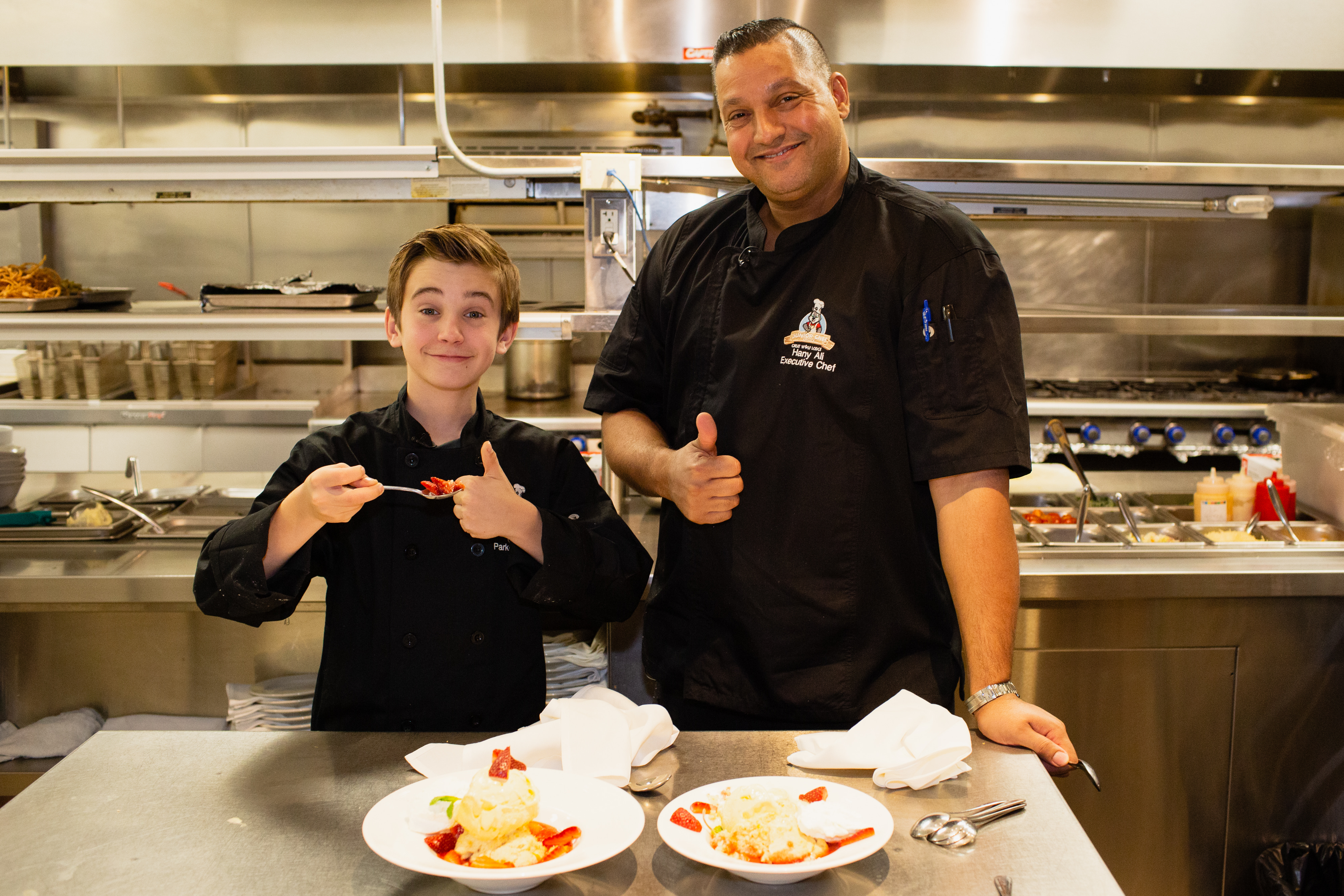 Parker Bates, who plays young Kevin Pearson on “This Is Us”, is putting down his script and picking up a pan. In addition to being a talented young actor, Bates is also an aspiring chef. He spends his free time creating his own recipes for friends and family and pulling ideas from his grandmother’s recipe book.

“When we first met Parker, we of course knew he was a superstar young actor, and were thrilled to discover his passion for cooking,” said Chef Hany Ali. “Cooking with Parker is always an adventure; his palate and knowledge of the kitchen is quite impressive for someone his age.”

“I was so excited when Great Wolf Lodge asked me to make these special summer dishes for them,” said Parker Bates. “I think it’s very cool that they want to serve menu items created by kids, for kids. I love going to Great Wolf Lodge and slipping and sliding down the waterslides and learning from Chef Hany in the kitchen. I can’t wait for kids visiting Great Wolf Lodge to try some of my favorite recipes this summer.”

The new Great Wolf Lodge kids’ menu started rolling out to the company’s resorts earlier this year and features a combination of more traditional menu options for kids who are firm in what they like to eat, and unique offerings for kids with open to more culinary exploration. Along with the aforementioned waffle grilled cheese and pizza burger, additional offerings include green spaghetti and meatballs, macaroni and cheese pancakes, gluten-free chicken tenders and dessert such as peppermint s’mores and a build-your-own parfait.

“This Is Us” airs Tuesday nights on NBC.

What Super Bowl Recipe Is Your State Extra Interested in