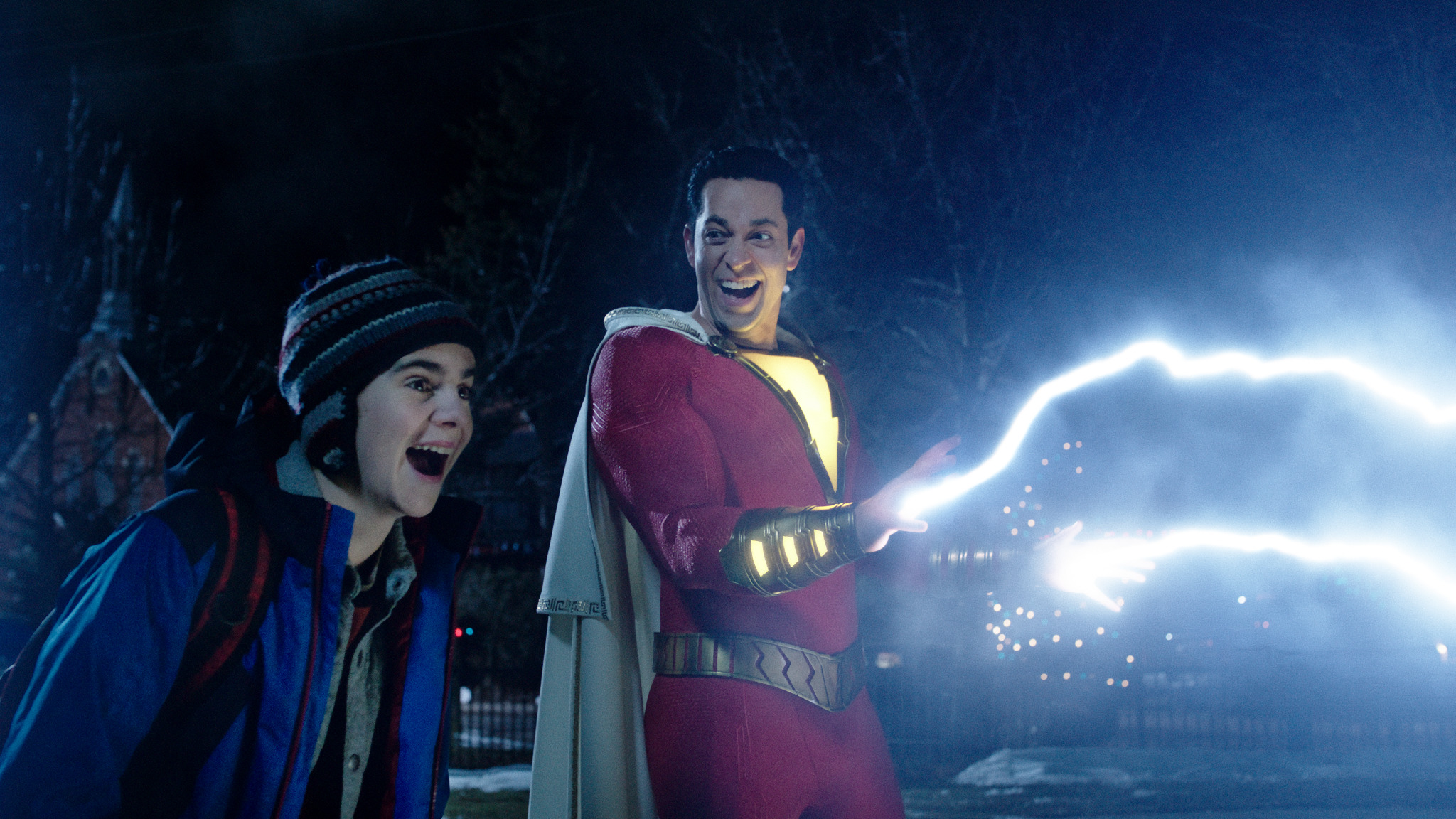 A giant ferris wheel sat center stage on the red carpet for the premiere of “Shazam!” in Hollywood. Warner Brothers turned the big event, into a big carnival complete with a Gravitron ride, sledgehammer strength test and several bounce houses. Food trucks filled with cheese and lobster lined the street as well for the big night.

And if the superhero sized carnival wasn’t enough, fans got a glimpse of Shazam himself, Zachary Levi (“Chuck”).

“Shazam!” tells the story of 14-year-old Billy Baston (Asher Angel), who finds out he has an ancient superhero inside of him. He just needs a little bit of magic to bring him out. All he has to do to conjure up the adult superhero and superpowers is by shouting one word – SHAZAM!

Watch our Facebook live look at the premiere of Shazam! And then see what happens next when the film opens on April 5th.

Get Schooled in Scares, Home Haunters, at Haunt X

'Isn't it Romantic' Has Something For Rom Com Lovers and Haters