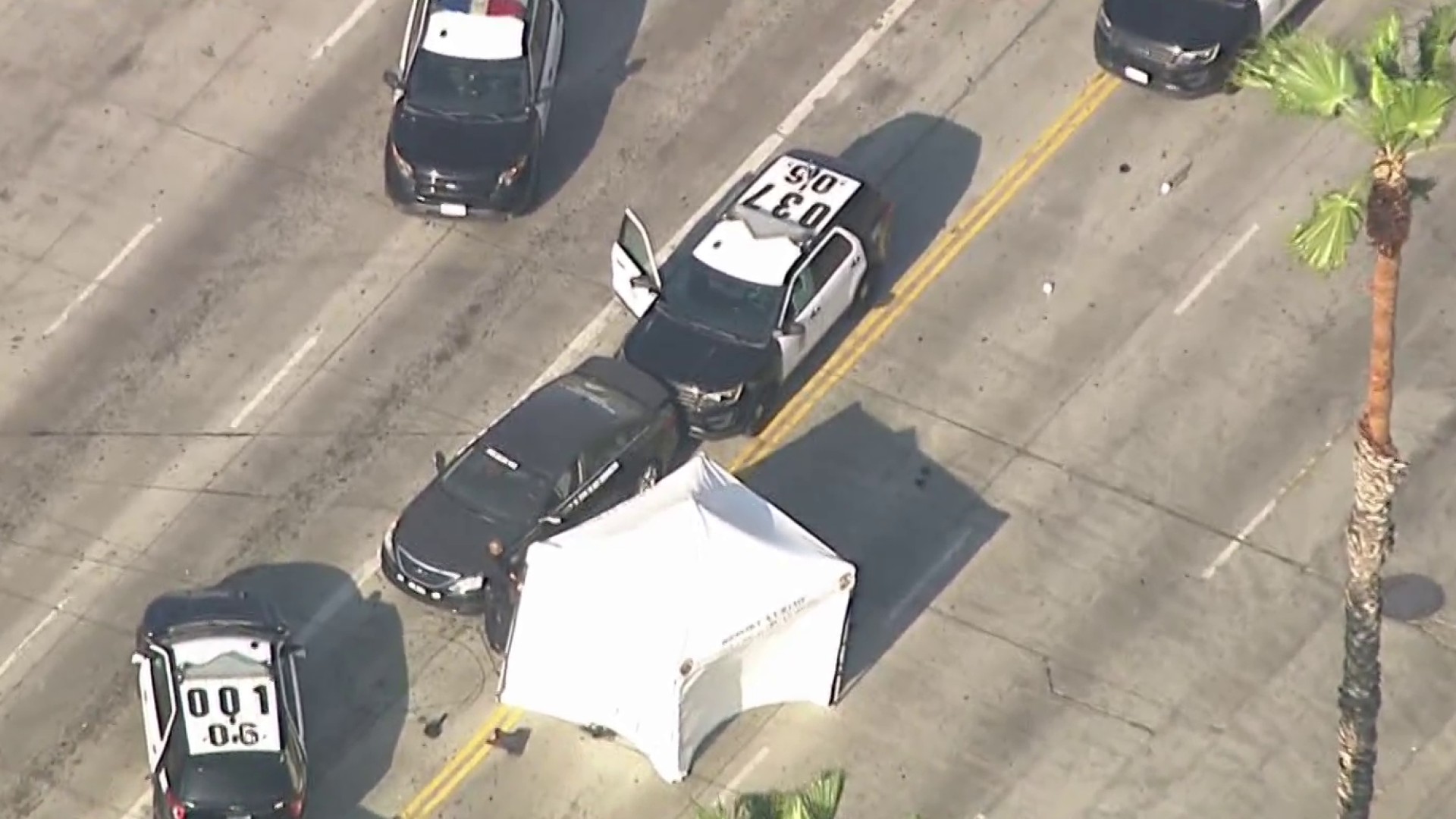 Police Sunday continued their investigation into the fatal shooting of a suspect wearing body armor who allegedly rammed a squad car on Sunset Boulevard in Hollywood and approached officers, who opened fire and killed him.

Authorities also said they have yet to recover any weapon from the suspect, the Los Angeles Police Department reported.

A busy Sunset Blvd. closed down and was wrapped in crime scene tape on Saturday night after LAPD says officers shot and killed a man. Kim Tobin reports for NBC4 News at 11 p.m. on April 24, 2021.

Officers were en route to a radio call with their lights and sirens on when a car pulled in front of them, stopped suddenly and backed into the patrol car, police said. The driver of the car got out and was observed wearing body armor as he moved toward the officers, who had exited their car, police said.

The suspect had his right hand hidden behind his back, counted backward from three and was moving his arm forward before officers fired at him, officials said. The suspect was pronounced dead at the scene.

Newschopper4 was over the scene around 2:45 p.m., with a lot of blood on the street as the body was being covered up with a white sheet on Sunset Boulevard. The world-famous street was temporarily shut down in both directions near Fairfax Avenue, with a large police presence.

The LAPD’s Hollywood station urged anyone with information regarding the incident to call them at 213-972-2971.

Celebrating STEM! Come and Discovery the Wonders of Science & Engineering at the Clippers SciFest SoCal

Girls’ trips are good for your health, research says