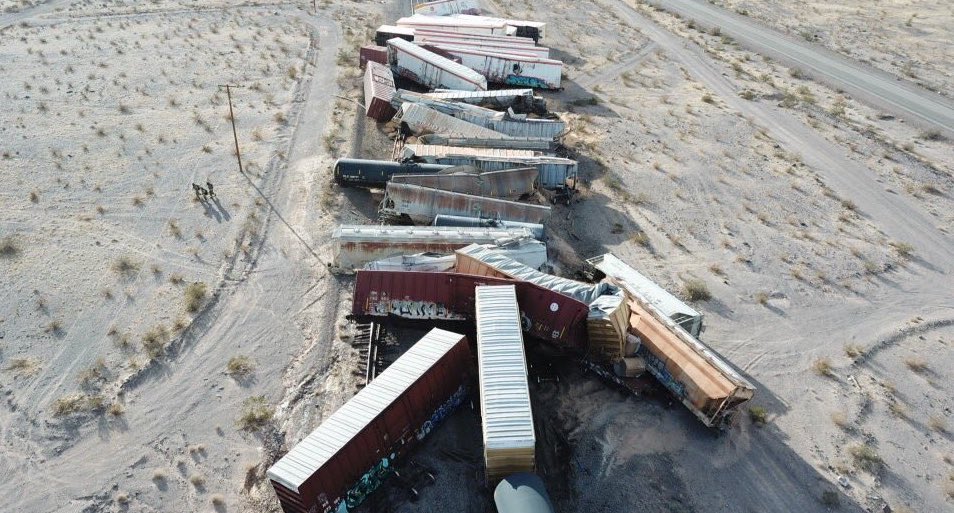 A freight train derailed in the Southern California desert on Wednesday, sending more than 40 rail cars off the tracks in San Bernardino County.

No injuries were reported when the BNSF Railway train went off the tracks around midday near the remote Mojave Desert community of Ludlow, the San Bernardino County Fire Department said on Twitter.

Photos and video tweeted by the fire department showed cars piled up along the tracks, some on their sides.

Investigators will try to determine the cause of the crash some 150 miles northeast of Los Angeles.