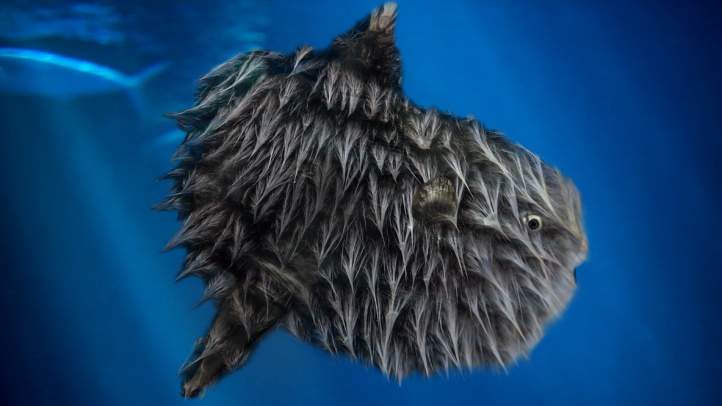 For a place that is famously dedicated to facts, and figures, and science, and being otterly truthful in its serious oceanic research, the Monterey Bay Aquarium kind of owns April Fools’ Day.

Because the landmark Cannery Row aquarium has a knack for suddenly discovering the weirdest marine life, and posting about these quirky critters, on April 1 every year.

It’s become a bit of a Thing, with a capital T, and while other science-minded, nature-loving institutions regularly engage in a little April Fool’s-style joshing on the first day of the fourth month, the Monterey Bay Aquarium always delivers, with delight in tow.

Remember, a few years back, when the popular aquarium claimed to have a living prehistoric Plesiosaurus on display?

Oh, MBA, you almost got us with that one.

As for the quirky creature that swam onto our social feeds on Monday, April 1, 2019?

Yes, it is woolly, says the aquarium. No, the wool hasn’t fully been pulled over our eyes on this one, though we do desperately kind of want a snuggly ‘n soft sunfish to be real.

Call it a true fish story.

Even fishier? An official post from the aquarium is full of hairy puns, all to wink in the direction of any possible believers.

“The science was patchy to say the least,” said Will Koife, one of the aquarists on the project. “But after brushing up on the few trimmings of data we could find, everything sort of gelled.”

To read more about the Woola woola’s positively miraculous reappearance, on April 1, of all days, best visit the highly entertaining MBA blog now.

Pageant of the Masters Seats Go for a Lucky $17