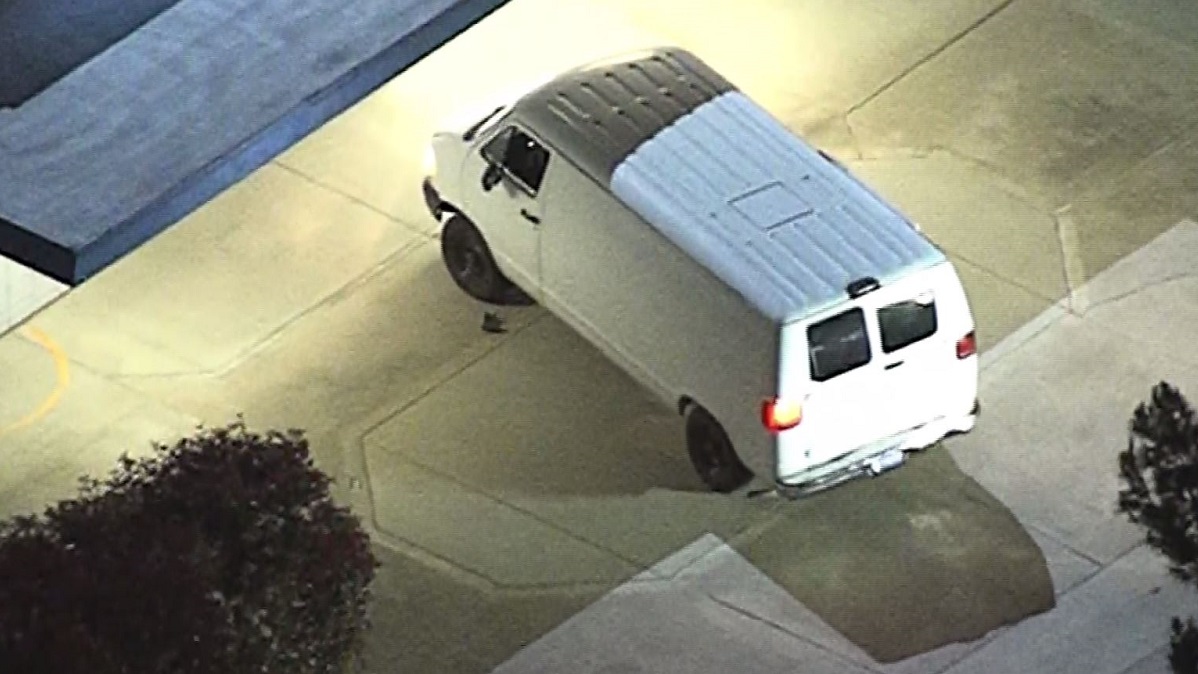 A man allegedly exposed himself to a 14-year-old boy in his bedroom Wednesday after walking into a family’s home in Rossmoor, just south of Los Alamitos.

After a two-hour standoff, the man peacefully surrendered to authorities after trying to hide on top of an elementary school.

The man parked his white van across the street and deliberately walked into the home on the 2600 block of Saint Albans Drive, the boy told NBC4. Then, the man tapped the boy on the shoulder and asked if the boy was deaf. When the boy said that he was not, the man undressed in the boy’s room until he was fully naked, the teenager said.

At that point, the boy said he called for his mother and ran into the kitchen to grab a meat cleaver.

The man followed the boy into the kitchen, as all three of them yelled at one another in the hallway.

The man proceeded to put a USB cable around the mother’s shoulders, but did not choke her, the teenager said. The boy threatened the naked man with the meat cleaver.

At that point, the father came home and confronted the naked man, pushing him out of the home. The father said that the man stumbled across the driveway and fell into cactus before driving away in a white van, chased by police.

The man apparently fled his van at a nearby elementary school, Francis Hopkinson Elementary School, and was believed to be hiding on the roof. At about 11:30 p.m., he climbed off the roof using a ladder and surrendered.

Deputies later discovered he committed several acts of vandism on the roof.