Cook County State’s Attorney Kim Foxx on Wednesday denied that she had any role in the decision to drop charges against “Empire” actor Jussie Smollett.

Speaking in an interview with NBC 5, Foxx said she decided to recuse herself from the case a week before charges were filed so she could “ensure the public that I was operating transparently and clearly.”

“I did not want, as this investigation changed, for there to be any question about my impartiality so I removed myself,” she said while echoing earlier statements from her office that the decision to drop charges was not uncommon in disorderly conduct cases.

Foxx recused herself from the case in February, with documents obtained earlier this month via Freedom of Information Act request showing that Foxx had asked Chicago Police Supt. Eddie Johnson to turn the investigation over to the FBI. The documents also showed correspondence between Foxx, an unknown person and Tina Tchen, a one-time assistant to former President Barack Obama and Chief of Staff to Michelle Obama. 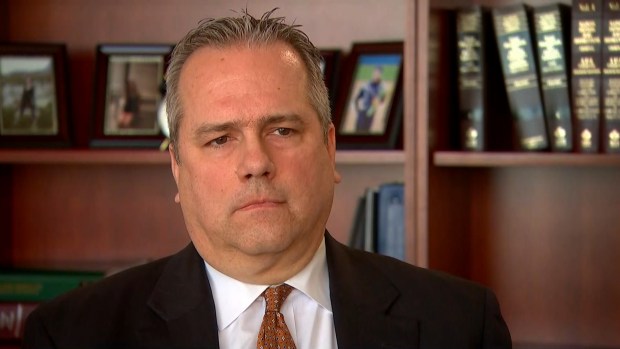 “It was not unusual for me to talk to a victim in a case,” she said. “At the time that I engaged with this family member, Mr. Smollett was a victim.”

Tchen said in a statement she knew members of the Smollett family from “prior work together.”

“Shortly after Mr. Smollett reported he was attacked, as a family friend, I contacted Cook County State’s Attorney Kim Foxx, who I also know from prior work together,” she said. “My sole activity was to put the chief prosecutor in the case in touch with an alleged victim’s family who had concerns about how the investigation was being characterized in public.”

First Assistant State’s Attorney Joseph Magats, who handled the case, said Tuesday that Foxx had nothing to do with the decision to drop charges, however.

“There has been no outside, undue, inappropriate influence on this case what so ever,” he said.

Foxx’s office said it believes dropping all criminal charges against Smollett was a “just disposition and appropriate resolution to this case,” but noted they “did not exonerate” the actor. 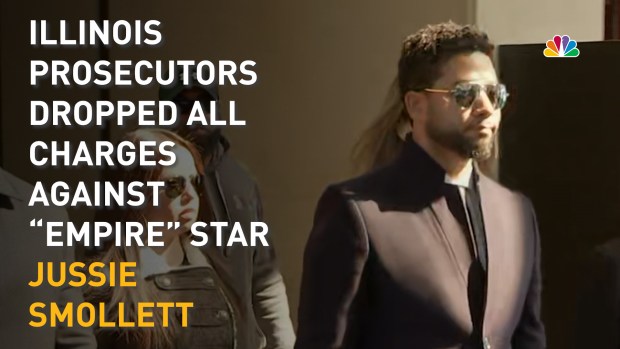 “In the last two years, the Cook County State’s Attorney’s Office has referred more than 5,700 cases for alternative prosecution. This is not a new or unusual practice,” the office said in a statement. “An alternative disposition does not mean that there were any problems or infirmities with the case or the evidence. We stand behind the Chicago Police Department’s investigation and our decision to approve charges in this case. We did not exonerate Mr. Smollett. The charges were dropped in return for Mr. Smollett’s agreement to do community service and forfeit his $10,000 bond to the City of Chicago.”

In a later interview, Magats said the decision followed a look at the offiice’s resources, saying “our number priority is violent crime.”

He added that Smollett was “not a victim of a hate crime” and had already served two days of community service.

The decision comes after a nearly two-month saga in the case.

“I have been truthful and consistent on every single level since day one,” Smollett said outside the courtroom Tuesday. “I would not be my mother’s son if I was capable of one drop of what I was accused of.”

The Chicago Police Department said it was not notified of the prosecution’s decision to drop charges and found out about the news during a graduation ceremony for recruits.

“It’s a punch in the gut. Is absolutely a punch in the gut,” said Commander Ed Wodnicki. “We worked closely throughout our three-week investigation to get to the point where we arrested the offender. For the state’s attorney at this point to dismiss charges without discussing this with us at all is just shocking.”

Police said they were “prepared for trial” and have a “rock solid case.”

“We have overwhelming evidence,” Wodnicki said, calling the move a “slap in our face.”

A visibly angry Mayor Rahm Emanuel called the decision a “whitewash of justice.”

Meanwhile, Smollett’s family said in a statement the actor is “an innocent man whose name and character has been unjustly smeared.”

Smollett was initially charged with one felony count of disorderly conduct in filing a false police report, with Chicago police alleging that he staged the hate crime attack because he was “dissatisfied with his salary.”

A Cook County grand jury later indicted Smollett on 16 felony counts, which he pleaded not guilty to.

The lawyer for the brothers, Obabinjo Osundairo and Abimbola Osundairo, previously said the pair had evidence backing their claim that he orchestrated the attack. Smollett’s lawyers said “misinformation” had been reported in the case and said they planned to prove a lack of evidence in the case.

A representative for the brothers’ legal team said their attorneys were reviewing the latest developments Tuesday.

Smollett said he would “like nothing more than to just get back to work and move on with my life but make no mistakes I will always continue to fight for the justice, equality and betterment of marginalized people everywhere.”

In a statement, 20th Century Fox Television and Fox Entertainment said Smollett “has always maintained his innocentand we are gratified on his behalf that all charges against him have been dismissed.”