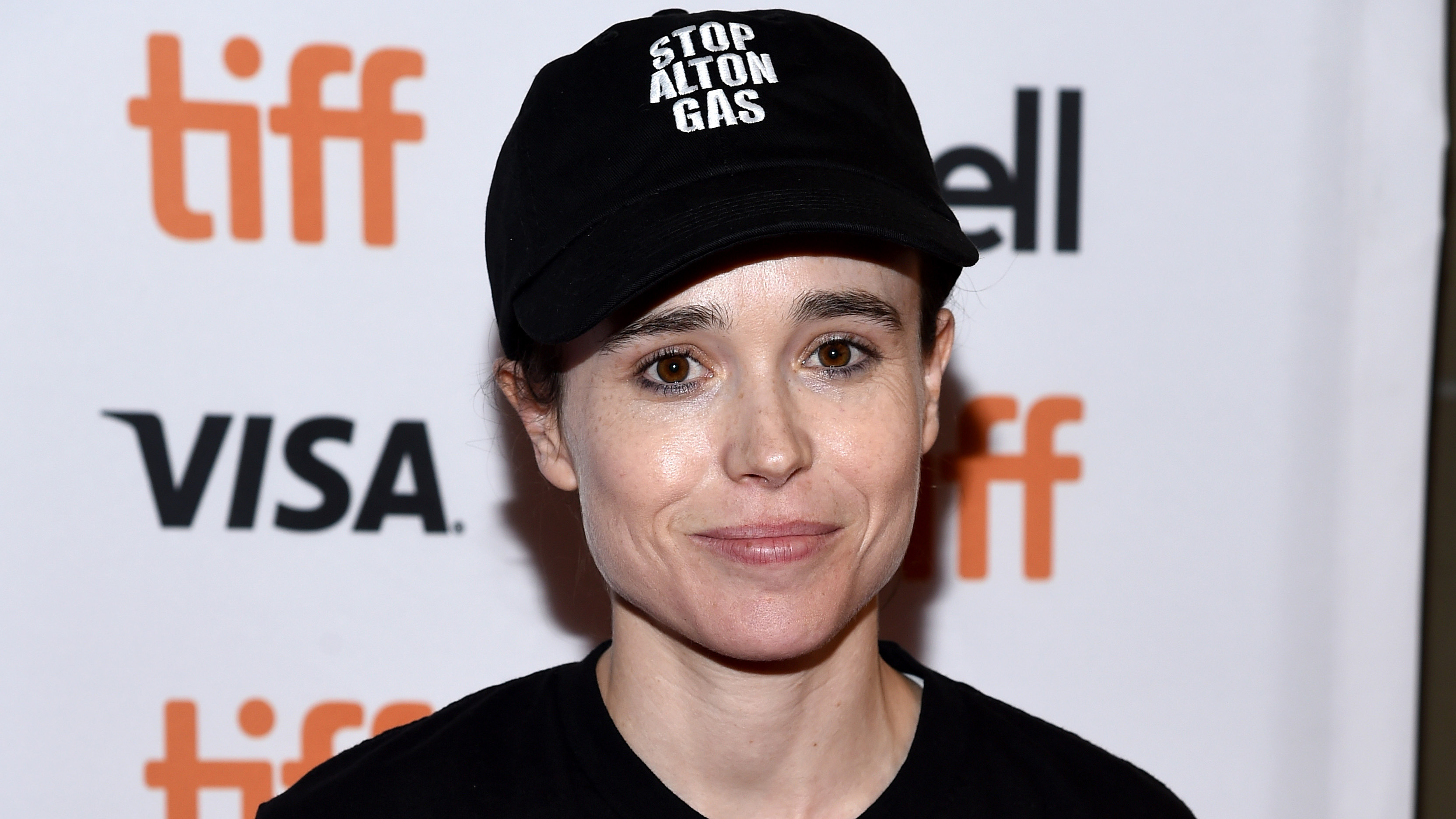 Elliot Page is ready for a hot boy summer.

Ahead of Memorial Day weekend, the “Umbrella Academy” star marked a major milestone in his transition by wearing his first pair of swim trunks.

Page, 34, shared a poolside pic on Monday that showed himself beaming while dipping his toes in the water. Wearing a baseball cap, sunglasses and red swim shorts, he wrote, “Trans bb’s first swim trunks.”

The “Juno” actor added the happy hashtags “#transjoy” and “#transisbeautiful.”

He came out as transgender last December, writing at the time, “I feel overwhelming gratitude for the incredible people who have supported me along this journey. I can’t begin to express how remarkable it feels to finally love who I am enough to pursue my authentic self.”

With his latest summer-ready photo, Page showed off both his smile and his six-pack. It prompted a flood of messages from his Hollywood admirers, with his “Umbrella Academy” co-stars hyping him up.

Justin Cornwell teased, “Dude I see why you crushed me on that workout!”

While Miley Cyrus commented, “Hot” with a heart emoji.

And Nina Dobrev gushed, “You look amazing,” following it up with, “And most of all happy.”

During a March interview with TIME, Page said he was recovering from top surgery in Toronto.

“It has completely transformed my life,” he said of the process.

Page also explained that, before his transition, wearing certain gendered clothes on the set of his movies made him uncomfortable.

“Putting on a T-shirt cut for a woman would make me so unwell,” he said.

Last month, Oprah Winfrey asked him what the most joyful part of his transition has been.

“Getting out of the shower and the towel’s around your waist and you’re looking at yourself in the mirror and you’re just like, ‘There I am.’ And I’m not having the moment where I’m panicked,” Page responded.

“It’s being able to touch my chest and feel comfortable in my body for the- probably the first time,” revealing that it brought him “tears of joy.”