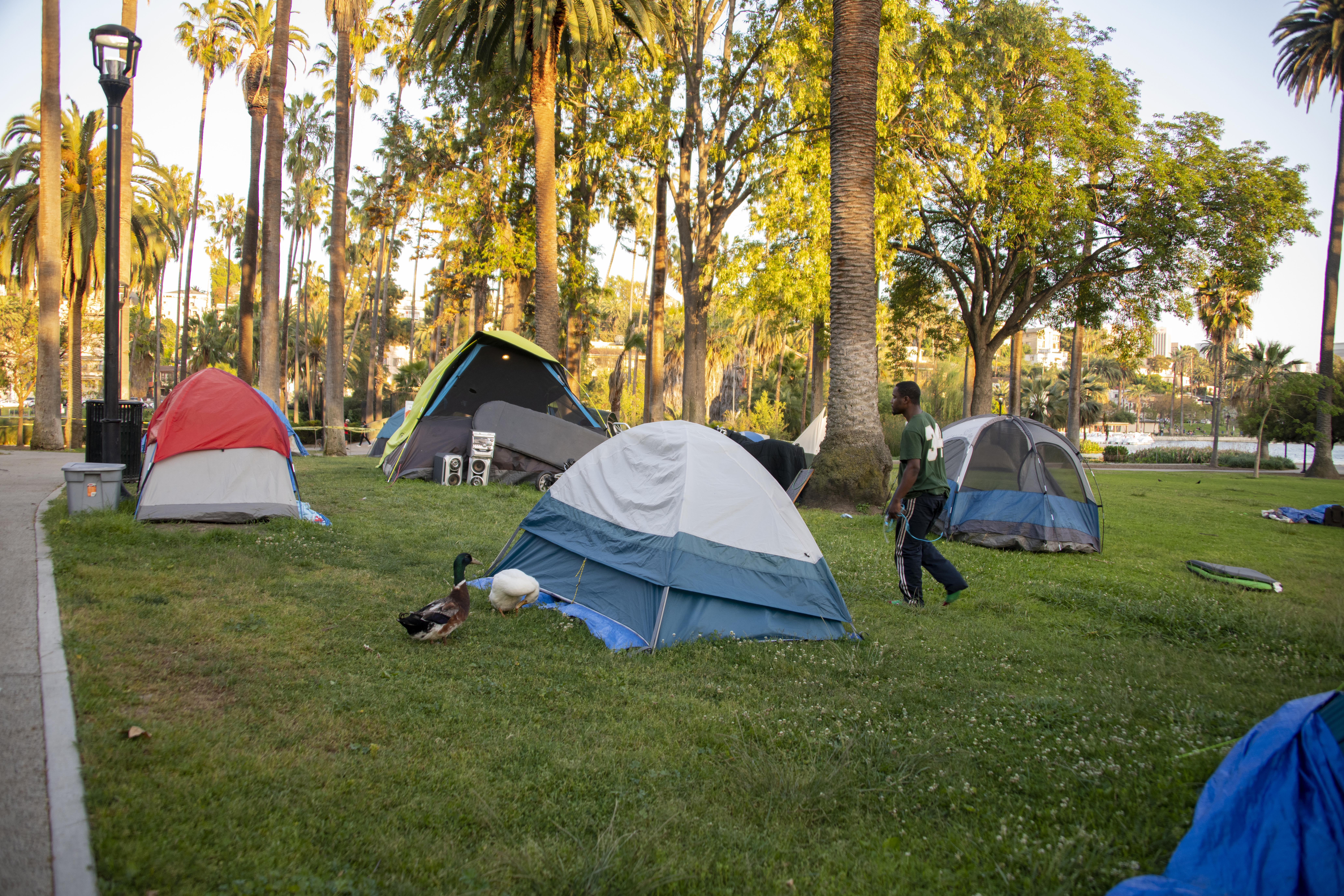 Echo Park Lake will reopen to the public at 3 p.m. on May 26, Councilmember Mitch O’Farrell’s office announced Wednesday, two months after he arranged for the closure of the park after about 200 homeless people took up residence there during the COVID-19 pandemic.

The reopening comes after L.A. Sanitation and Environment crews removed what they quantified as 35.7 tons of solid waste from the location. The park underwent $600,000 worth of cleaning and repairs, including replacing playground surfacing, upgrading restrooms and exterior lighting fixtures to LED, replacing five drinking fountains, improving light poles in the area, improving and painting the exterior of the lake’s boathouse, improving the lake bridge, refurbishing the park’s turf and improving irrigation.

Councilmember Mitch O’Farrell wants to restore Echo Park to the way it was in 2013, the year it reopened following a $45 million makeover. Robert Kovacik reports for NBC4 News at 11 p.m. on March 26, 2021.

Word spread on March 22 that the park would be closed for repairs, but many in the community saw it as a veiled effort to remove the hundreds of unhoused Angelenos who took up residence in the park during the COVID-19 pandemic.

The move was met with large protests, in which officers arrested 182 people. Protesters blasted the city for forcing the park’s residents out of an area that had grown into what they called a supportive community — including a vegetable garden, working showers and a shared kitchen.

Many neighbors had complained about increasing trash at the park, and said they no longer felt safe there. O’Farrell and Mayor Eric Garcetti said the site had become dangerous, with drug overdoses and four deaths taking place there.

“For over a year, my team worked tirelessly to provide resources, services and ultimately transitional housing to people experiencing homelessness at Echo Park Lake,” O’Farrell said Wednesday. “As time went on, conditions at the park became increasingly unsafe for everyone — park visitors and park dwellers. Echo Park Lake is a shared public space, and unhoused people were existing in inhumane conditions —which is why every single person experiencing homelessness in the park was offered transitional housing and services.”

While O’Farrell and Garcetti declared the operation a success, opponents of the park’s clearing, including a coalition of faculty at USC, UCLA, UC Irvine and Occidental College, pointed out that most of the housing options were temporary and some were in congregate shelters amid a pandemic.

“First, placements into interim shelter must not be equated with housing people,” the faculty stated in a letter to the city on March 31.

“Without a clear path to permanent housing, such temporary housing serves as yet one more stop in the endless cycle of displacement. Many of the Echo Park Lake placements were made to Project Roomkey hotels and motels, in locations as distant as Palmdale.”

They added that some Project Roomkey residents claim they live under strict curfews and prison-like conditions while living in the city-provided hotels, and they feel like they have to “trade their autonomy and dignity for a bed.”

They claim they experience “debilitating curfews that prevent them from getting to/from steady employment, confiscation of survival supplies like food and eating utensils, extreme social isolation, harassment from security, complete lack of privacy, no transparency about their future in the program and other punitive rules that further marginalize the poorest Angelenos,” according to a statement from the organization.