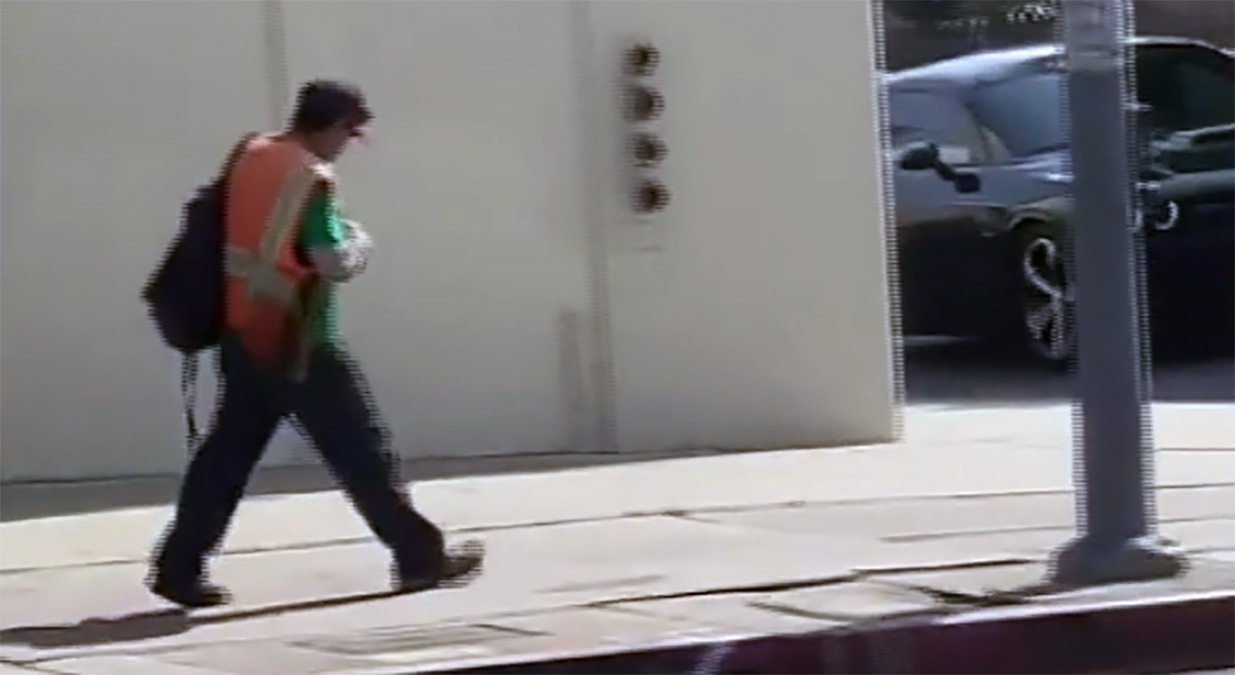 Witnesses say that after striking a man in a wheelchair with his pickup truck Monday in the Pico-Union area, the driver of the truck cried at the scene and waited before then taking off as paramedics arrived.

The crash occurred near the intersection of Olympic Boulevard and Beacon Avenue, and the driver in an orange high-visibility vest, literally, took off running.

“He walked normal, but as soon as he turned the corner he just took off running,” Gilma Ovando, a witness, said.

Ovando and a friend spotted the driver as he walked away, leaving the truck and the victim in the middle of the street.

“Honestly that was very upsetting for me,” Ovando says. “Again, you’re having a person injured on the floor. How are you going to leave somebody just like that?”

Witnesses say the man was southbound on Beacon Street, crossing heavy traffic on Olympic Boulevard when he struck the man in the wheelchair, knocking him out of it. Los Angeles Fire Department paramedics rushed the victim to the hospital.

“What if he was seriously injured? I hope the guy is okay,” Ovando says.

The Los Angeles Police Department says the man complained of injuries, but fortunately, nothing that appeared to be too serious.

Police had the pickup truck towed and are now working to figure out who owns it, and whether that person is the man who ditched it in rush hour traffic. If police catch the driver, they say he will face felony hit-and-run, a serious criminal charge he would not have faced if had he stayed at the scene.