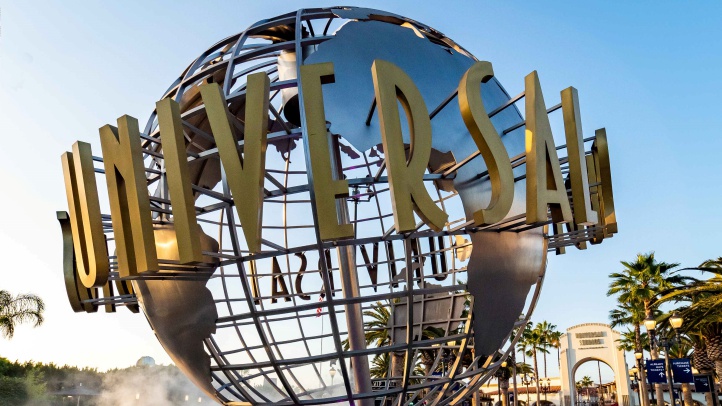 So you believe your imagination to be particularly fertile?

Then, at any moment, you can, in your mind, visit Springfield, and see the candy-hued world of “The Simpsons.” You can also instantly zip back through the eons, all to visit, er, flee from the giant dinosaurs of yore.

And calling upon the magical town of Hogsmeade, in order to find your perfect wand, too? In your head, that can happen.

But there’s only one spot, in all of the Golden State, where such fanciful daytripping can occur, IRL, or, NIRL (nearly in real life): Universal Studios Hollywood.

Visiting Springfield or the upcoming Jurassic World — The Ride or The Wizarding World of Harry Potter, though, is an occurrence any imaginative sort might desire to do over and over again.

And for that? There is the California Neighbor Pass.

The Universal City theme park announced on March 26 that the popular pass would return starting now. Which means that you can call upon the dino-laden, wizard-whimsical destination over 175 select days over nine months for $149 when you buy online.

No wand-waving needs to happen here to suss out the spectacular benefits: That’s less than a buck a day, should you call upon Universal Studios Hollywood on all of the days you can.

And if you do, wow: You are a devoted theme-parker, for sure.

Yep, as mentioned, “select days” will be a theme, but check it out: A number of weekends are included in the deal, which makes it all as sweet as a giant doughnut from Lard Lad.

Or, if you prefer, a cup of foamy Butterbeer.

For more on the money-saver of a fun-maker, visit the theme park’s pass page, for full explanations on what each form of entry offers.