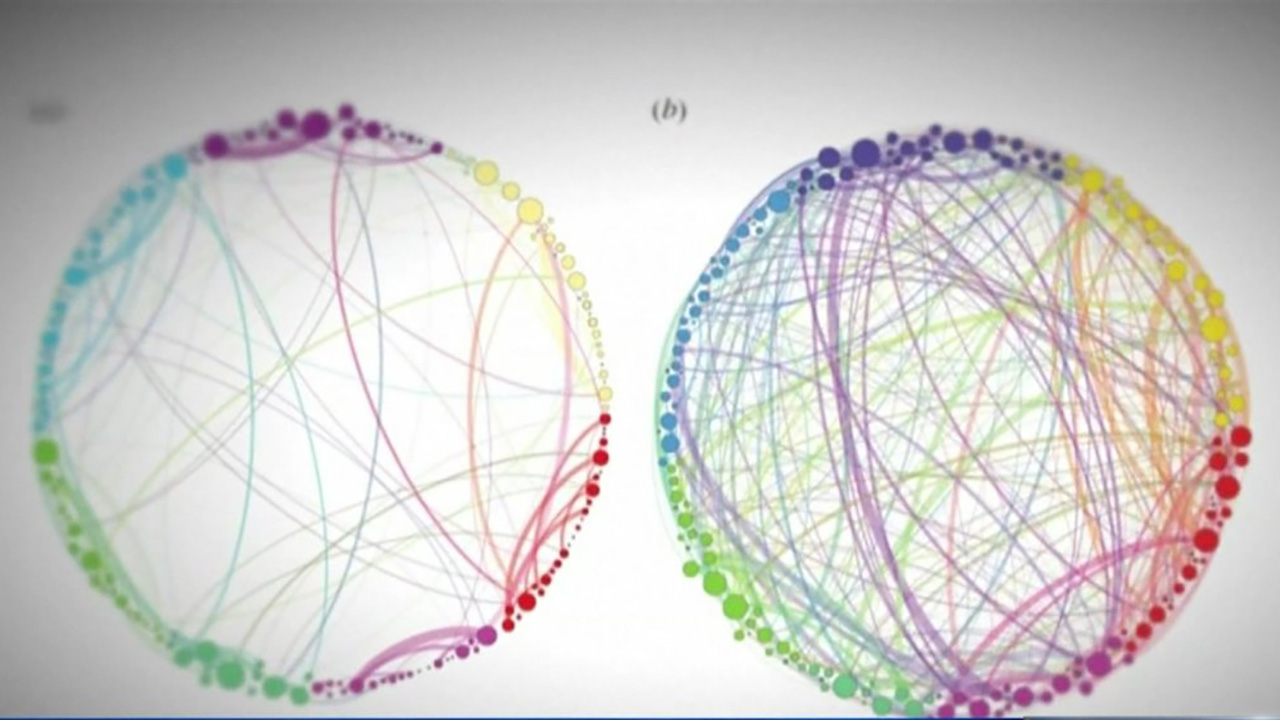 It will come as a surprise to some that a clinical trial at a major metropolitan hospital is testing a treatment for alcohol use disorder that involves psilocybin, better known as the “magic mushroom.”

But to those who have been following the expanding research into psychedelic-assisted therapy–for conditions ranging from addiction to depression and PTSD–what’s new is not the psilocybin, but combining it with video.

“This is a novel approach,” said Daniel Kelly, MD and neurosurgeon who is director of the Pacific Neuroscience Institute, part of St. John’s Medical Center in Santa Monica, conducting the trial.

“Truly groundbreaking” and “historic” are the words used by filmmaker Louie Schwartzberg, who created the video.

The hypothesis is that appropriate video can enhance or “prime” the psilocybin-induced “mystical experience,” which previous research has indicated can be effective for patients who desire to resolve psychological challenges.

There is need for new approaches, given the inconsistent results of traditional addiction treatments.

Though perhaps best remembered in popular culture as a recreational accessory of the ’60s counter-culture, recognition of psilocybin’s hallucinogenic powers dates back to ancient times.

In the 1950s psychedelics, including psilocybin, became the subject of therapeutic research at Harvard University, among other established institutions.

But the excesses of the ’60s put such research “into a deep freeze,” as Dr. Kelly recounts the prologue, until just before the turn of the new century.

“To me, as a neuroscientist, I think this is perhaps the most interesting thing going on in the neurosciences right now–because there’s so much potential to help so many people in need”

“There’s a renaissance in psychedelic-assisted therapy that’s been going on now for perhaps the last 20 years,” said Dr. Kelly. “To me, as a neuroscientist, I think this is perhaps the most interesting thing going on in the neurosciences right now–because there’s so much potential to help so many people in need.”

During typical psychedelic therapy with psilocybin, the patient relaxes in a calm space, receives a dose of the active ingredient, and while monitored goes into a hallucinogenic state for several hours, a “mystical experience,” or more simply, a trip. Patients are screened in advance for suitability and undergo “integration sessions” with a therapist, and afterward, there is follow-up.

Beyond the physiological fact that psilocybin triggers serotonin receptors, how it works is still not exactly clear. The prevailing sense is that this enables communication between different areas of the brain, bypassing and interrupting
normal thought patterns in the “default mode network,” temporarily turning it off.
“This cross-referencing and cross-talk that occurs during the journey is thought to somehow allow people to come to these insights that they couldn’t otherwise get as to why…their behavior is so stuck in this rut,” Dr. Kelly said.

But in not every case was a standard dose found to produce an adequate “mystical experience” to bring about change.

A considerable portion of the research in recent years has taken place at Johns Hopkins University Medical Center in Baltimore.

Filmmaker Schwartzberg obtained permission to film some of that therapy for his 2019 film Fantastic Fungi, devoted to exploring the mushroom, its place in the world and its powers.

“I think it shaped my life,” Schwartzberg said of his own first experience with psilocybin while in college. “it’s like the deepest meditative experience.”

He became a believer in the healing power of nature, and documenting it became a specialty of his filmmaking.

During his filming at Johns Hopkins, Schwartzberg recalls, seeing patients wearing eye-shades, it occurred to him that nature visuals can be brought into a clinical setting.

“Nature is a healing modality so I want to be able to bring that into healthcare,”
Schwartzberg said.

His work has been used at UC San Diego Health’s Jacobs Medical Center, where patients can choose the visual ambiance of their room, and also at the University of Texas BrainHealth Center in Dallas.

His opportunity to test his belief that nature visuals can further psychedelic therapy came after he and Dr. Kelly met at a consciousness forum in Madison, Wisconsin.

Under Dr. Kelly, a co-founder of the Pacific Neurosciences Institute, it launched a program called Treatment & Research in Psychedelics, with the conveniently appropriate acronym, “TRIP,” under the direction of addiction specialist Keith Heinzerling, MD. He is also the principal investigator of the new trial, the Institute’s first, formally known as the “Visual Healing” study.

“Psilocybin-assisted therapy shows promise for treating alcohol use disorder,
but early studies suggest that patients with alcohol problems may be less likely
to achieve a mystical experience with a standard psilocybin dose,” stated Dr. Heinzerling.

The goal of achieving the effect without resorting to a larger dose is where the film Schwartzberg created for the trial comes in, with a visual theme of recurring patterns in nature, emphasized with time lapse, slow motion, and other visual techniques.

“Bending your human perception, by taking the patient on a journey through time and scale,” is how Schwartzberg describes it. “And what that does is it opens you up, just as the psilocybin opens you up.”

There will also be a control group that does not get “primed” with the video.

“Our hypothesis is that these patients who get the nature-themed video will have a higher likelihood of trying to deal with their drinking and reduce their intake or stop drinking altogether,” said Dr. Kelly.

He emphasized that a team of professionals work to create the appropriate “set and setting,” for every patient; that this is not something to be taken lightly.

Unlike opiates, tobacco, and often alcohol, psilocybin is not considered addictive. It is a controlled substance, schedule 1, the same schedule where you find heroin. But in 2018, the FDA issued a breakthrough therapy designation to several firms developing psilocybin treatments. Under some interpretations, psilocybin could also be prescribed for terminally ill patients under the Right to Try Act of 2018. Several cities have voted to decriminalize, and a bill introduced last month in California’s legislature, SB 519, would recognize its therapeutic potential, and legalize possession, use and sharing, though not sale.

Though they are very different drugs, Schwartzberg envisions psilocybin following the path of cannabis to legalized medicinal use. And he’s not alone.

Teen boy dies after being shot in Pomona