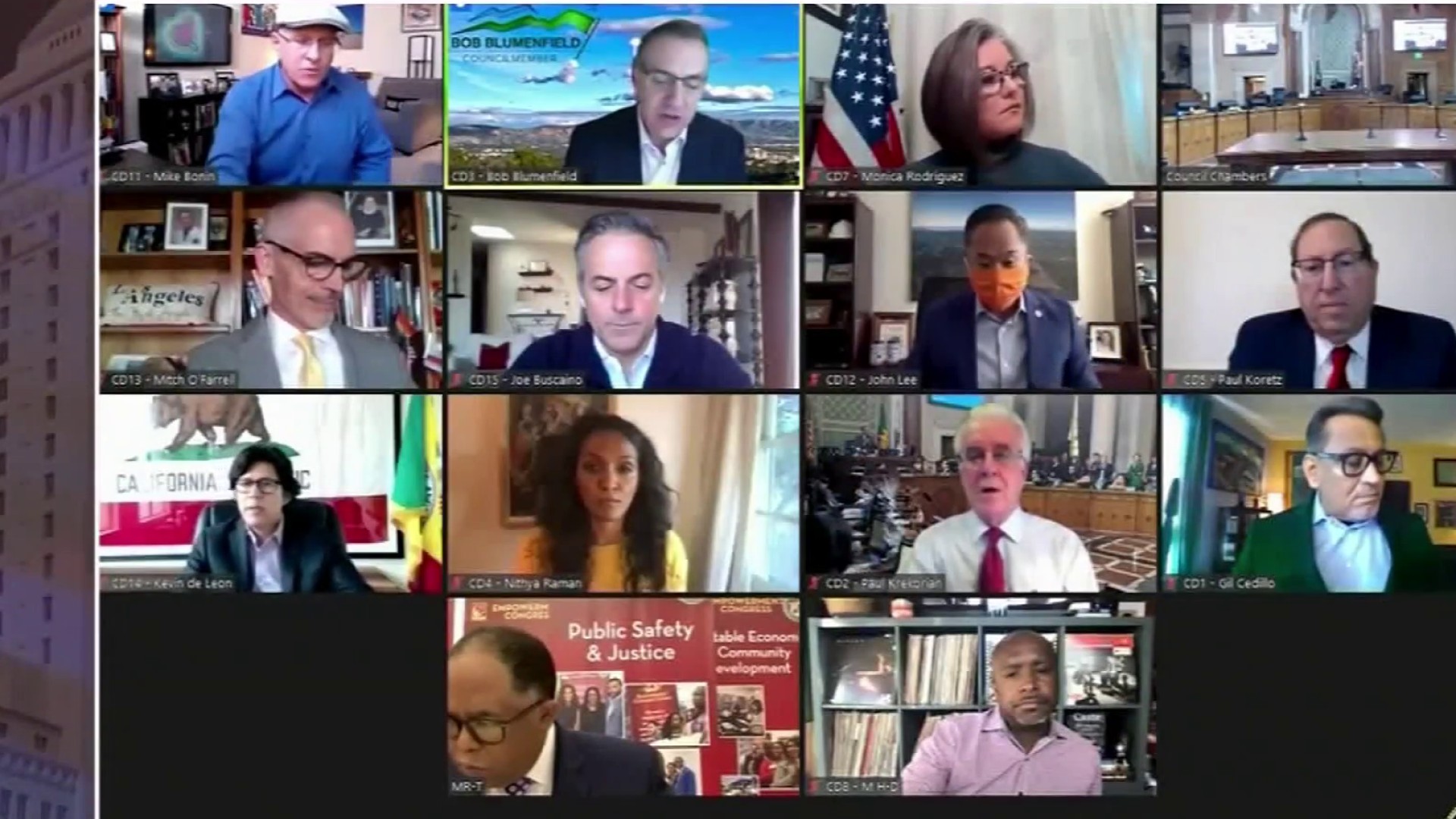 The Los Angeles City Council voted Tuesday to override Mayor Eric Garcetti’s veto of a spending plan that outlined how to shift millions of dollars from the Los Angeles Police Department budget into communities of color.

Garcetti signaled his support for the revised plan before the vote, noting in a letter to council members Tuesday that he supported their “plan to expedite this new set of investments without further delay.”

The override needed 10 votes — or two-thirds of the council’s 15 members — to pass. It passed with 11 yes votes. Councilwoman Monica Rodriguez and Councilmen Bob Blumenfield, Mike Bonin and Joe Buscaino voted no.

The plan also allocates funds to “highest need census tracts” as identified by the city’s Economic Workforce Development Department, according to a Budget and Finance Committee report. The funding was divided as:

“Last Summer Angelenos flooded into the streets demanding that this Council reimagine what public safety looks like in our city … this council made commitments to reinvest $150 million … the remaining $88 million will be dedicated to reimagining public safety, preventing poverty, and addressing racial disparities and homelessness,” said Council President Nury Martinez, who represents District 6.

“For those of us who come from these neighborhoods, we know all too well that our part of town has been historically neglected and that this is an opportunity to reinvest those funds back into these communities,” Martinez added.

Councilman Curren Price, who represents District 9, which is receiving the most funding, said his district is pursuing programs including an unarmed crisis response team, community intervention workers to reduce violence, homelessness prevention and other community based initiatives concerning inequality and poverty.

“The programs I’ve outlined will provide meaningful investments in our communities that aim to combat social inequities and racial injustices while uplifting our Black and Brown neighbors,” he said.

The plan also allocated $6 million for a guaranteed basic income pilot program in Price’s district. That program would give 500 single-parent households $1,000 a month during a one-year period.

“I’m especially excited about implementing a Guaranteed Basic Income program, which will give single-parent households stability and provide them a much-needed lifeline to get through these extraordinary times,” Price said.

Councilman Marqueece Harris-Dawson, who represents District 8, said: “I know that there are folks who are challenging this process that we went through, the formulas that we used, and I don’t think any of this is beyond improvement. All of it can be improved upon. What I say to those who want to improve upon it: Let’s do that next year, because we’ve got to make, after we do a down payment, we’ve got to continue to make a payment on this.”

Melina Abdullah, co-founder of Black Lives Matter Los Angeles, called into the City Council meeting to show her support for the plan.

Garcetti vetoed a previous spending plan on Dec. 21, calling it “more business-as-usual” as opposed to the fundamental change that Angelenos are ready for.

“Los Angeles should be leading America by piloting bold ideas like exploring a guaranteed basic income, confronting the stark Black-white disparity among people experiencing homelessness, driving racial reconciliation, protecting jobs held by people of color with new opportunities in the city workforce and working in closer collaboration with our communities on allocation decisions,” Garcetti said in the December letter to the City Council.

But on Tuesday, ahead of the vote, he sent a new letter, which was partially read by Councilmen Mark Ridley-Thomas and Harris-Dawson, “Thank you for the thoughtful response and the revised spending plan that captures some of our highest ideals and aspiration. I am pleased to see an equity formula applied to smart investments and communities that have suffered the worst injustice and inequality throughout our city’s history,” the latter said.

Garcetti also said in a statement:

“From the beginning, this conversation has been about making bold investments that lift up our communities and speak to the urgency of racial and economic justice. The latest version of the Council’s spending plan does that, and I support it. Now, we have a responsibility to build on these important first steps, and we’ll continue working together toward additional investments in the coming months.”

Councilman Bob Blumenfield, who supported the mayor’s veto and voted no to override it, cited four reasons for his “no” vote. He said the spending plan was not financially responsible, the process was opaque and inappropriate, does not do enough for the goal of public safety alternatives and should not have divided spending by political jurisdictions.

“I’m not advocating for equality over equity, I’m all for programs that spend more money on disadvantaged communities and I’m all for spending money targeted to address racial disparities … however the funds are not allocated to people in poverty or people suffering from discrimination. They’re targeted to political jurisdictions,” Blumenfield said.

Councilwoman Monica Rodriguez, who also voted no, said she was concerned as well that funding was being allocated by council district.

“It gives me great consternation that we’re here having a conversation based around a formula that was identifying communities based on census tracts and yet allocating these resources by council district. Because to me, it works against what is systemically problematic in communities like mine that have been historically disenfranchised, that are no different than many of these other neighborhoods and the resources are getting diluted by creating a formula that was based on census tracts but then allocating those resources to be distributed throughout the council district,” she said.

Security guard arrested after shooting at synagogue in Fairfax District