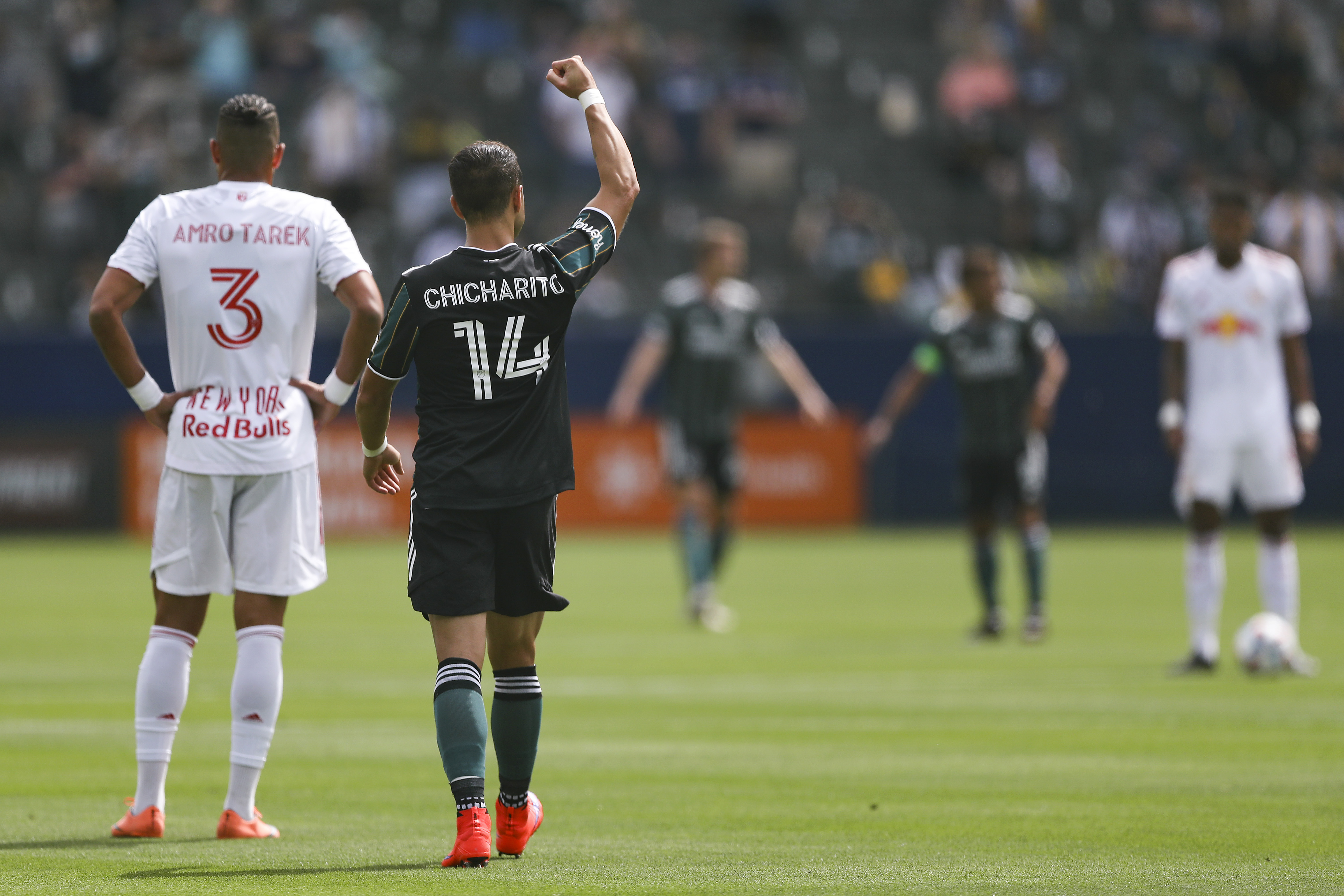 The Mexican star has five goals in two games for the Galaxy after having only two goals in 12 games last year in an injury-plagued first season in MLS. He joins Houston’s Brian Ching (2006) as the only players in league history to have five goals in the first two games of the season.

It is Chicharito’s first three-goal game since 2016, when he did it in Germany’s Bundesliga for Leverkusen against Mainz. It is also the first time he has scored multiple goals in back-to-back games since 2017.

Andrew Gutman and Cristian Cásseres Jr. scored for the Red Bulls, who have dropped both of their games.

It is the first time since 2012 that the Galaxy have won their first two games.

Both of Chicharito’s goals in the Galaxy’s April 18 win over Miami came in the second half. He got started early in LA’s home opener. He put the Galaxy on top in the ninth minute when he tapped the ball in after Ethan Zubak’s shot was partially blocked as he tried to send it into the far post.

Gutman evened it at 1-1 in the 26th minute when he took a pass from Brian White and sent it into the far post past LA goalkeeper Jonathan Bond.

Chicharito put the Galaxy back ahead 15 minutes later when he got a crossing pass from Victor Vazquez in the box and put a left footer into the middle of the net and through the legs of New York goalkeeper Carlos Coronel.

Chicharito completed the hat trick in the 60th minute with a right footer in front of the net after the Red Bulls were unable to clear it out. He was subbed out in the 78th minute.

New York got within 3-2 on Cásseres’ header in the 63rd minute. The Red Bulls had a couple of chances at a tying goal, including a shot by Daniel Royer during stoppage time that went wide.

Fleet Take it on The Chin in AAF Opener