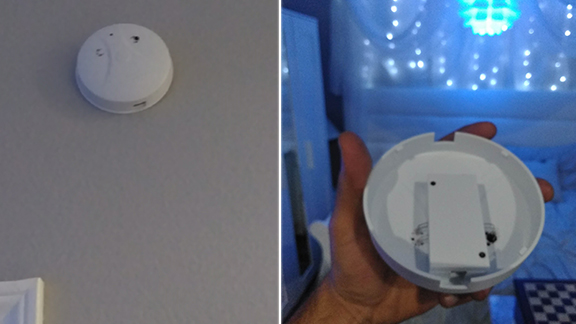 A Santa Ana couple was horrified after finding a hidden camera while staying at an Airbnb in Orange County.

They said what looked like a smoke detector over the bed was really a hidden camera.

Christian Aranda says the owner acknowledged there was a camera, but said that it was not recording.

“She just said that they were off, and I was like, ‘it doesn’t matter if they’re off! They shouldn’t be there in the first place pointing at the bed,'” Aranda said.

Airbnb reportedly gave the couple a refund and the listing is no longer on the website.

NBC4 reached out to Garden Grove police, but has not received word back.

Airbnb also did not return calls back for comment.