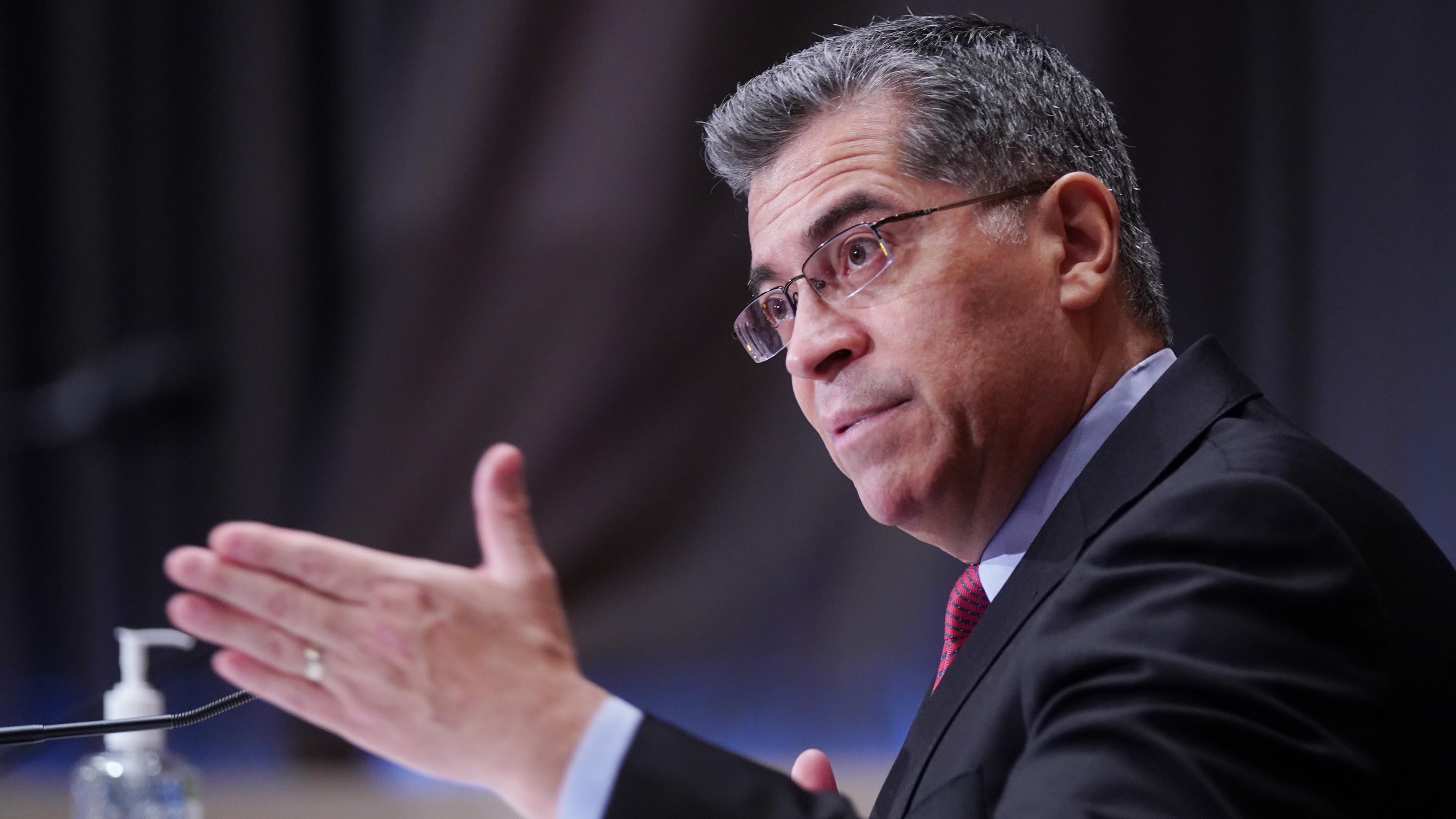 President Joe Biden’s pick for health secretary is taking heat from Republicans for his actions in support of abortion rights. They want to define him — and the new administration — as out of the mainstream.

The nomination of Xavier Becerra faces a key vote Wednesday in the Senate Finance committee. It’s a test, too, for national groups opposed to abortion, trying to deny a president who favors abortion rights his choice to run the Department of Health and Human Services.

Becerra is paying a price for defending, as California attorney general, some of the nation’s most liberal laws and policies on abortion rights.

“It goes to show that California abortion policies are progressive enough that being associated with them is something that anti-abortion lawmakers want to make disqualifying for a Cabinet position,” said Mary Ziegler, a law professor at Florida State University, who specializes in the legal history of reproduction.

Nationally, the abortion issue appears in flux. Lawmakers in 19 state legislatures have introduced almost 50 bills this year to ban most or all abortions, according to the nonpartisan Guttmacher Institute. In South Carolina, Republican Gov. Henry McMaster signed a measure banning most abortions, though it was almost immediately suspended by a federal judge.

Abortion opponents are hoping that litigation over a state law will reach the Supreme Court, now clearly leaning to the right. It could serve as a vehicle for overturning the Roe v. Wade decision, which legalized abortion. Yet despite the surge of state activity, the underlying political reality is tricky.

During the 2020 election, about 6 in 10 voters said abortion should be legal in most or all cases, according to VoteCast, an in-depth survey of the U.S. electorate conducted by NORC at The University of Chicago for The Associated Press. Roughly the same percentage of Republicans said abortion should usually be legal, the survey showed.

Becerra, 63, was a reliable Democratic vote for abortion rights during more than 20 years representing a Los Angeles-area district in the U.S. House. But he wasn’t a leading voice. His issues were immigration, access to health care and education.

Perceptions changed after Becerra was appointed California attorney general in 2017. He sued the Trump administration over its restrictions on abortion, although his office says that only four of the 124 lawsuits Becerra filed against the previous administration dealt with abortion, birth control or conscience rights — key issues for religious conservatives. Becerra went all the way to the U.S. Supreme Court to defend a California law that required crisis pregnancy centers to provide information about abortion — and lost.

His legal advocacy grated on abortion opponents. “What I just see is his getting involved in way too many abortion cases,” said Kristen Day, executive director of Democrats for Life of America. “He just made it part of his foundation. Yes, the laws were bad in California, but he has an abortion agenda.”

The Biden Administration: A Look at Who Has Been Nominated and Confirmed

Here’s a look at how the administration is coming together. Click to read more.

Sen. John Thune, R-S.D., echoed those views. “It does seem like as attorney general you spent an inordinate amount of time and effort suing pro-life organizations,” he said, questioning Becerra recently. “If confirmed, how do you assure us? Because I think the majority of the American people would not want their secretary of Health and Human Services focused or fixated on expanding abortion when we got all of these public health issues to deal with.”

“I understand that Americans have different deeply held beliefs on this particular issue,” Becerra responded, adding that “it’s my job to defend the rights of my state.” He has also pointed out that his wife, Dr. Carolina Reyes, is an obstetrician recognized for caring for women with high-risk pregnancies.

There doesn’t seem to be much room for dialogue. “It’s really hard to see where he is going to find, or be willing to find, any common ground with pro-lifers,” Carol Tobias, president of the National Right to Life Committee, said of Becerra.

Sen. Steve Daines, R-Mont., told Becerra that “I’ve got serious concerns with the radical views that you’ve taken in the past on the issue of abortion.” And Sen. Ben Sasse, R-Neb., accused Becerra of “targeting religious liberty” when he sued the Trump administration over its rules giving employers with religious or moral objections more leeway to opt out of covering birth control.

How far the Biden administration will get in expanding access to abortion is questionable. Democrats in Congress don’t appear to have the votes to overturn the Hyde Amendment, the term for a series of federal laws that bar taxpayer funding of abortion except in cases of rape or incest or to save the life of the woman. Biden, who supported Hyde restrictions throughout his congressional career, flipped his stance as a presidential candidate. Becerra has told senators he’ll follow the law.

Abortion rights opponents say they do not trust Becerra. “He has credentialed himself to be an abortion absolutist — it’s just who he is,” said Marjorie Dannenfelser, president of the Susan B. Anthony List, which backs female office-seekers opposed to abortion.

But Becerra has received the backing of a prominent Catholic, Sister Carol Keehan, the retired head of the Catholic Health Association of the United States. She disagrees with his support for abortion rights, but finds common ground elsewhere.

“He’s got a heart for making sure that people have the ability to access health care in this country,” said Keehan. “I happen to believe the way you reduce abortion is by giving people decent health care.”