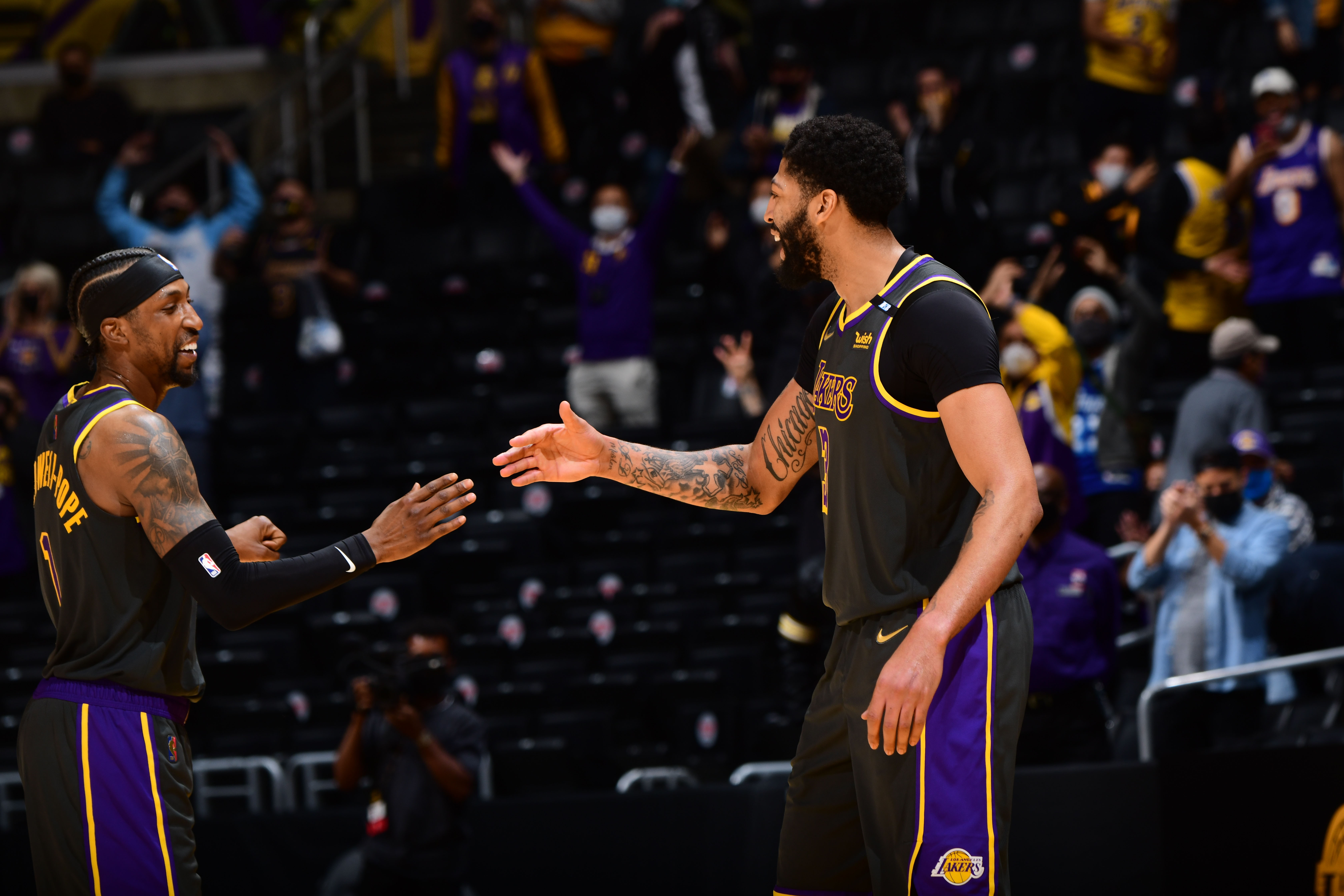 Anthony Davis scored 25 points and had key plays on both ends of the floor in the final minute as the short-handed Los Angeles Lakers snapped a three-game losing streak with a 93-89 victory over the Denver Nuggets Monday night.

The Lakers led by 14 points midway through the fourth quarter before the Nuggets got within 89-87 with a late rally. Davis hit a jumper with 41.8 seconds remaining to give the Lakers a four-point lead. Nikola Jokic hit a pair of free throws to cut it in half but Talen Horton-Tucker hit a reverse layup with 15.1 seconds left to push the advantage up to 93-89.

After a Denver timeout, Davis blocked Facundo Campazzo’s 3-point attempt to end any hopes of a Nuggets’ comeback and end their five-game winning streak.

The Lakers — who had lost six of their last seven going into the game — won without two key pieces. LeBron James did not play in the second game of a back-to-back after he ankle soreness during the fourth quarter of Sunday’s loss Toronto. Dennis Schröder will be out more than a week after entering the NBA’s health and safety protocol.

Los Angeles was up by five going into the fourth quarter when it started period on a 13-4 run with Wesley Matthews leading the way with eight points, including a pair of 3-pointers.

The Nuggets trailed 87-73 with 6:09 remaining when they rallied with a 14-2 run. Porter Jr. had nine points, including a running layup to get them within a basket with 1:37 remaining, and Jokic supplied the other five.

The Nuggets led most of the first half, but the Lakers closed the second quarter on an 11-3 run, including six points by Kentavious Caldwell-Pope, to go into halftime with a 45-42 advantage.

A pair of Jokic free throws gave the Nuggets a 56-55 lead midway through the third quarter when the Lakers responded with a 9-2 spurt to go up by six.

Coach Frank Vogel said LeBron James and Dennis Schröder were out for Monday’s game against the Denver Nuggets. Vogel said he was sitting James in the second game of a back-to-back after the four-time MVP experienced ankle soreness during the fourth quarter of Sunday’s 121-114 loss to the Toronto Raptors.

Schröder will be out much longer. He entered the league’s coronavirus health and safety protocol on Sunday and will miss at least 10 days.

“They are the quarterbacks of our offense and it is a unique challenge without them. It will be more of a team-led approach,” Vogel said.

The Lakers had lost three straight and six of seven entering Monday. They have gone 8-15 since James sprained the ankle on March 14 against the Atlanta Hawks.

Vogel said James didn’t suffer any setbacks and the decision to sit him was precautionary.

Schröder recently told German media that he had some reservations about getting vaccinated against the coronavirus. According to the German site Spox, Schröder said it was difficult for him because “I’m one who doesn’t like to take painkillers. I always try to get by without all that stuff.”

Vogel said the team had a series of meetings on Zoom before vaccines became available and shortly after to tell players about the benefits of getting vaccinated.

“Everyone has a different viewpoint on how they want to manage their own personal health,” he said. “There are competitive and lifestyle advantages if we reach 85%. At the end of the day, it’s their own personal choice and we respect that.”

Nuggets: G PJ Dozier was injured in early in the fourth quarter. He was taken to the locker room with left hip tightness and did not return. … With Portland’s loss, Denver is assured of finishing in the top six in the conference and will not have to worry about the Play-In Tournament. … JaVale McGee received his 2020 NBA champions ring from the Lakers before the game. McGee signed with Cleveland during the offseason and was traded to Denver on March 25. This was his first trip back to Staples Center this season. He had eight of his 10 points in the second quarter.

Lakers: Marc Gasol, who had not played in two of the past three games, entered in the second half and played 17 minutes. He had 10 points with all three of his field goals coming from the perimeter. … Alex Caruso started for the second straight game and scored 11 points.

Nuggets: Host the Knicks on Wednesday.

Lakers: Will be the visiting team against the Clippers at Staples Center on Thursday.

Boxer Plants a Kiss on Unsuspecting Reporter, and Now She Has Allred in Her Corner